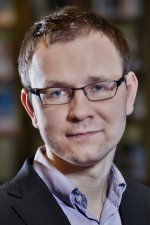 Conflict in Ukraine: what does Russia really want?

Head of Department for Ukraine, Belarus and Moldova at the Centre for Eastern Studies (OSW), Warsaw-based think tank.

The article was written within the project Ukraine – Out of the Crisis Through Dialogue, implemented by Caucasian House and Institute of World Policy (Ukraine).

The project is funded by the FCO/DFID/MOD Conflict Pool through the British Embassy in Ukraine.

The recent escalation of conflict in Eastern Ukraine clearly shows that the Minsk agreements are dead.  Let’s go back to the beginning of September 2014 and try to explain why the conflicting parties decided to sign a truce and why it is not working anymore. Another crucial question is – why Russia continues to escalate the conflict?

The so-called Minsk Protocol signed on 5 September 2014 was a direct result of the Ukrainian defeat in August. In the face of Kyiv’s successful offensive in the Donbass Russia decided to send in its regular army units. The Kremlin sent a clear signal to Kyiv saying: “you cannot win by arms so you better make a political deal”.  The Ukrainian authorities had to agree, also because their then-top priority was to stabilise the overall situation in order to organise the parliamentary elections in late October.

The twelve point Minsk peace deal envisaged among others: an immediate bilateral ceasefire; the permanent monitoring of the Ukrainian-Russian border and verification by the OSCE with the creation of security zones in the border regions of Ukraine and the Russian Federation; withdrawal from Ukraine of the illegal armed groups, military equipment, as well as mercenaries; organisation of early local elections in accordance with the law of Ukraine in some areas of Donbass. These four points were the most important for Kyiv, who at the same time was obliged to implement a decentralisation of power reform and the law of the special status in some areas of Donetsk and Luhansk regions as well as to continue the inclusive national dialogue.

However, it quickly appeared that majority of the agreement’s points are not being implemented. The Ukrainian parliament passed a law setting special rules for part of the Donbass region, the POWs were exchanged and the OSCE monitoring mission started their work. Just three points of the Minsk agreements were implemented. The separatists organised their own ‘elections’, which was a straight break of the peace deal. Ukraine neither regained control over its border with Russia (app. 400 km) nor the monitoring OSCE mission on the Ukrainian-Russian border was installed. Russian military units weren’t completely withdrawn from Ukraine and many of them (perhaps even a few thousand Russian “volunteers”) remained on the ground.

After four months of a relative quiet situation around the 11th of January the regular battles between the Russian-backed rebels and Ukrainian army troops started again. The new stage of the conflict is a result of Russia’s disappointment that Kyiv and the West rejected Moscow’s proposed idea of a new peace summit in Astana and demanded the entire implementation of the Minsk Protocol. The Kremlin expected that the Minsk agreements, which some points are adverse for Russia, would be revised according to Russian proposals. But the EU, mainly Germany and France, both taking part in negotiations with Russia (so-called “Normandy format”), confirmed that the only framework for settling the Donbass conflict are Minsk agreements and they must be fully implemented. Therefore the latest offensive by Russia and its Donbass proxies should be seen as an attempt to force Ukraine and the West to accept Russian conditions for resolving the conflict.

Although Moscow is the driving force of the recent escalation along the entire length of the front line,  in its official line it still repeats that Ukraine is in a state of a civil war. The Russian position was well summarised by Konstantin Kosachev, a head of foreign affairs committee of the Council of Federation, who recently said: “The first and basic thing that we demand from Kyiv is to confirm that the conflict was not provoked by Russia and that it has an internal nature”.

It is important to see the context of the resumed armed activities in the Donbass.  The Kremlin has decided for further escalation of the not-yet-frozen conflict due to the conditions of the Russian economic deterioration and the expectation of low oil prices in the months to come, what in an obvious way is undermining the Russian budget. Furthermore, at the end of last year the new wave of the Western discussions started about softening the sanctions imposed against Russia that have weakened the Russian economy. Hence, Putin demonstrates again that Ukraine is the Russian priority number one and Russia is determined – at any cost –  to achieve its goals and bring back its control over Ukraine.

It seems that Russia has at least two main goals vis-à-vis Ukraine. Firstly, it want the Ukrainian authorities to start a ‘constitutional process’, what should be understand as beginning of direct negotiations with the rebels. In Moscow’s view it aims is to establish terms of confederalisation of the country, i.e. granting far-reaching political, economic and cultural autonomy to the part of the Donbas controlled by the Russian-backed rebels, including rights to participate in Russian integration projects. The implementation of this Russian condition would actually create Russian-controlled territory within Ukraine, what could effectively block perspectives for Ukraine’s European integration.

Secondly, Russia expects that the ‘new’ Ukraine will accept neutral geopolitical status, what in practice would mean not only lack of integration with NATO (what is indeed not possible in the foreseeable future) but also blocking  integration with the EU, what is declared as the priority of Ukraine’s foreign policy.

Hence, the on-going escalation of the fights in Donbass, with participation of the Russian regular military units and Russian supplied heavy weapons, is a Russian instrument to pressure Ukraine to initiate discussions with the authorities of the self-proclaimed Donetsk and Luhansk republics, and force the West to come to terms with Russia’s failure to implement the Minsk agreements and accept Russian conditions for resolving the conflict. If the Russian de-facto ultimatum would be rejected then Moscow is ready for further destabilization. Russia continues to undermine the already very fragile economic situation in Ukraine, counting on social unrest and political crisis in Kyiv. It should bring chaos to the country, block the new financial package preparing by the IMF.

The de –facto Ukrainian-Russian war also has an important domestic context for Russia. Due to the growing economic and financial problems the Kremlin struggles to hold the society consolidated. Given the Russian determination, lack of Western acceptance for the Russian ultimatum, Ukraine’s will to fight for its sovereignty from Russia and strong anti-Russian sentiments in the Ukrainian society it is difficult to count on a quick peace settlement in Donbass.

The article was completed on 5 February 2015.

The views expressed in this publication are those of the author and may not coincide with the official position of the UK Government.