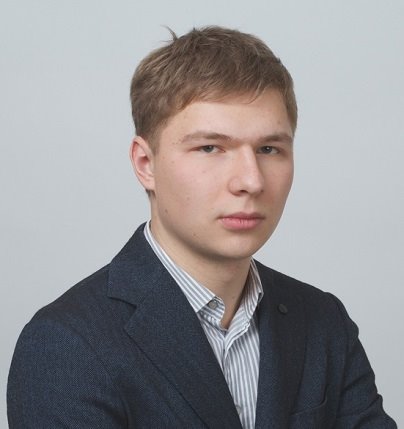 Crisis of power: turn of the President

Elections to the State Duma of 7th convocation were held at the lowest turnout in the recent history of Russia. According to opinions of the Russians themselves, the elections were “boring”, “predictable”, “uncontested”. As they say, there was no any intrigue or feeling of the opportunity to influence the future even before the voting. It is very much possible that this was what the authorities were counting on: many were not well-informed about the place of voting, about the new proportional electoral system. In opinion of many Russians, the ritual of voting had lost its festivity and the feeling of participation in the choice of the authorities. If this was partially a deliberate strategy of the authorities, another factor contributing to the low turnout were extremely sluggish election campaigns of the parties. Such passivity from the side of the opposition may seem strange, but in fact it proves that there is no alternative to the action program offered by the ruling elite. In fact, the elections to the State Duma are perceived by the citizens as a vote of confidence to the President. Low turnout, the law percentage of the United Russia (some experts even believe that up to half of the votes in favor of UR were thrown in) on the background of the absence of competition shows the erosion of the “cult of personality” of Putin and the gradual return to “before-Crimean” estimations of his figure. Previously, Putin was seen as a hero and savior of the country, and now he starts to be seen as just a respected and strong leader, the main advantage of whom – foreign policy – is not that attractive any longer on the background of economic and social problems.

Even before the start of the active phase of election preparation, the rumors were circulated among the expert community that the financial position of the ruling party is not as confident as it used to be. It was said that with the help of a mixed system and of the introduction of elections in single-mandate constituencies, and in fact engaging the regional capital, the attempts to compensate the lack of the federal party’s budget are made. The Presidential Administration coped with the task of preserving the formal stability of the system. Now, three-quarters of seats in the State Duma are occupied by the supporters of the United Russia. However, in order to achieve this, it was necessary to “force” citizens to vote twice in conditions of non-alternative political choice: based on party lists, and then for candidate from single mandate constituencies. Given the initial benefits of the ruling party, a breakaway from the other parties by the number of seats could only deepen. But to which extent is it essential when the absence of real political competition leads to the predominance of uninformed voting? Acquaintance to the party program or politician takes place directly at the polling station: only 38 % of Russians watched the debates (11 percentage points less than in 2011). The voters are guided by the principles of selecting the lesser evil, and “just wouldn’t have it worse”, so they choose those politicians who have the administrative resources and work experience, who has the support of the reference entity (ideally – of the President), who will not rebuild the system anew. People are not used to gamble with the state: the fear to lose more than to receive is great.

In fact, this means orientation to reduce own expectations under the pressure from the state. The authorities explain that the decline of the economy and the accompanying problems: the rise in prices, the abolition of indexation of pensions, forthcoming tax increases – are inevitable consequences of Russia’s struggle with external aggressors and internal enemies. Carrying out geopolitical operations served for some time as a fastening basis for internal stability indeed. Activity in the direction of foreign policy increased significantly after the “vague” 2011 – 2012, when the society (not completely, but nevertheless) was mentally ready to see the update of the authorities.  For a couple of years this question has been removed from the public agenda, but it will inevitably reemerge. It is quite likely that this will happen very soon. There are three reasons to consider so.

Firstly, the foreign policy strategy can be arbitrarily effective, but its unifying force depends on how it is perceived by a considerable part of the society. Joining the Crimea and involvement in the conflict in the East of Ukraine was significant and alarming, because it was causing the fears that Russia may be drawn into a full-fledged conflict with the West or with the nearby countries. Ukraine is one of the closest to Russia countries in terms of culture. Till now about half of Russians (49%) believe that Russians and Ukrainians are same people, and that the main cause of the conflict is the US intervention in the sector. However, this topic cannot attract the attention forever. In summer of 2015 a decline of interest to the events in Ukraine has been noticed. Nevertheless, by a strange coincidence, the large-scale Russian military involvement in the Syrian operation began exactly in 2015. In spite of this, the Syrian problem is incompatible with the Ukrainian topic in terms of importance for Russians. Monthly surveys show that this issue is important for 10% – 15% of Russians. For the comparison: in the midst of Ukrainian crisis, about one-third of Russians were worried about the conflict in Donbass. It is clear, that in the eyes of Russians military successes in the territory of Syria give the international prestige to our country, but this alone is no longer able to maintain the stability. The Middle East is seen as a conflict region where Syrian civil war doesn’t seem to be something extraordinary. Russia’s involvement is seen by the citizens as a pragmatic military operation aiming to expand the sphere of influence, but not as a struggle for existence. Here lies its main distinction from the Ukrainian conflict.

Secondly, the main problems of Russians are simultaneously complaints to the state: social insecurity and corruption. Obviously, by maintaining its status of a sole agent capable to solve the problems of the population, the state drives itself in a trap. One day it will simply not be able to do this, and it will be difficult to count on the understanding of the citizens, rather only on their patience. Only 14% of Russians believe that the officials are telling the truth when describing the state of affairs in the economy, health care and pensions. Being deprived of the opportunity to influence anything in their country, in their city, Russians do not feel confident about the future. Their distrust can be ignored only until there is a certain guarantee of stability, the role of which is currently played by Vladimir Putin. For the society, he is rather a guarantee that it will only get worse without him. This makes it possible to retain his ranking at a high level, but it’s no longer sufficient to maintain high ratings of other institutions: the Russian Government and the State Duma. Assessment of the situation and the expectations are not so optimistic, as two years ago, and there is no same certainty that the authorities in the existing configuration can restore the faith in the future.

Thirdly, the image of Vladimir Putin is no longer as powerful as in the spring-summer 2014. Certainly, the vast majority (82%) is still answering affirmative to the question about the confidence to this politician. However, this approval is no longer hiding the former admiration for the talent of the leader. Against the background of the show which he used to arrange for the Russian viewers, boldly speaking out against our old “enemies” – Europe and the US, today’s statements do not look very impressive. Even such sharp attacks as the declaration of withdrawal from the Treaty on plutonium reprocessing, do not carry mobilizing capabilities. According to participants of discussions, he is no longer the leader but the host. Russians respect the host and don’t yet see his competitors. However, the position of the host is not unique, which means, that people are starting to look into the future. The idea, that the other person may appear instead of him, is no longer marginal. Moreover, Putin’s age and health issues are raised whenever it is mentioned that he can go to the elections in 2018. Ironically, that it is exactly the age, not the decline of the standard of living or the inability to clean up the corruption – is the weakest point of the politician. One can often hear the playful comparison of the Russian elite with the late Soviet one: “the Kremlin elders”. People don’t want to belittle the merits of the president, but more and more often they mention that it’s time to relax after the decent work for the benefit of the Motherland.

Political analyst Valery Solovey expressed the idea that within governmental elites the issue of creation a “state council” is being discussed. The main role in this council is supposed to be taken by Vladimir Putin, while the position of the President will be nominal. Surprisingly, shortly before that, during the group discussions, the participants also offered to endow Putin the status of “advisor”, removing the part of his powers. Perhaps, the president’s inner circle will try in this way to solve the problem of the growing crisis of the authority.