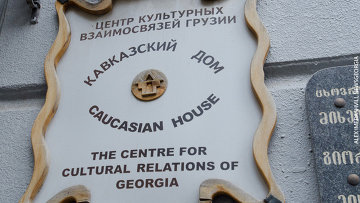 The conference “The Eastern Partnership and Conflicts in the Light of the Crisis in Ukraine” at March 2014 was organized by the “Center for cultural relations – Caucasian House”. Experts from Partnership countries (Ukraine, Azerbaijan, Armenia, Belarus, Georgia and Moldova), the Russian expert Sergey Markedonov, the British expert and director of “Chatham House” James Nixey and the director of the Republican Institute Ivlian Haindrava held their presentations on the conference. Topics of discussion during the conference were: the Normalization process of the Georgian-Russian relations, the impact of the events in Ukraine on the “Eastern Partnership” program and the perspective of the integration of the member countries into EU. Local and international experts and journalists as well as representatives of accredited Georgian diplomatic missions attended the meeting. The conference was conducted with financial support of the Foundation for conflict regulation by the British Ministry of Foreign Affairs.