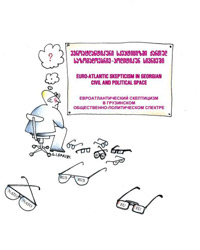 The report is divided into three major parts. The fist part describes the ideological bases of researched political parties, civil society groups and NGO’s; second part focuses on the participation of selected actors in foreign policy making, while in the third part, analysis of alternative visions and skeptical or/and critical attitudes held by the target groups will be presented.