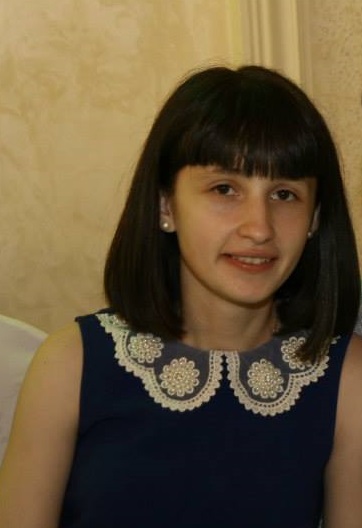 The ISET Policy Institute (ISET-PI) is a research institution that was created in May 2011. It is one of the first university-based think tanks in the South Caucasus and is associated with the two-year English-language Western-style MA program in Economics delivered at the International School of Economics at Tbilisi State University (ISET). Within its three years of existence, the ISET Policy Institute has developed various regular products and has participated in research projects financed by international organizations such as the World Bank, the EU, the UN, USAID, GIZ, etc. ISET-PI’s regular products include the Khachapuri Index (Kh-Index), the Leading GDP Indicator for Georgia (LGI), the Consumer Confidence Index (CCI), the Monthly Economic Review for Georgia, the Business Confidence Index (BCI), the Energy Sector Review, the Real Estate Prices Index, and the ISET Economist Blog.

The following article will focus on the two oldest and most mature of ISET-PI’s regular products, the Kh-Index and the CCI, and will try to summarize some of the lessons learned from these indices.

The ISET Kh-Index was launched in September 2008, well before the establishment of the Policy Institute. The motivation for creating such an index was to track inflation in the simplest way possible, using a robust consumer basket that would appeal to everybody in Georgia. Inspiration for the index came from the Big Mac Index of the Economist magazine. Similar kinds of indices include the Cost of Making Pancakes Index, the Ukrainian Borsch Index, etc. As opposed to other such indices, the Kh-Index is used for tracking the cost of living and percentage changes in it, i.e. it is concerned with inflation rather than comparing purchasing power across various countries.

The methodology for calculating the index is simple. Instead of the complex consumer goods basket used for calculating the conventional Consumer Price Index (CPI), the Kh-Index basket includes only the ingredients for one standard Imeretian khachapuri, one of the most, if not the most, popular dishes in Georgia. The weights of the ingredients are determined based on the khachapuri recipe. The basket comprises: cheese (250 grams), flour (250 grams), milk (100 milliliters), butter (20 grams), yeast (10 grams), eggs (1.5 units), and gas and electricity. Since 2011, the prices for khachapuri ingredients have been collected not only for Tbilisi, but also for three other cities of Georgia: Kutaisi, Batumi and Telavi.

As time passes, the ISET-PI indices started to generate some interesting insights on various aspects of the Georgian economy. For example, the Kh-Index has pointed towards such things as explicit seasonality, a reasonable depiction of consumer price volatility and the usefulness of comparing living standards across the different regions of Georgia. Figure 1. Khachapuri Index, May 2011-May 2014 Source: ISET Policy Institute

The Kh-Index is characterized by remarkable seasonality. The reason for this is the inclusion of agricultural products, the supply of which are greatly influenced by seasonal aspects. In some cases the prices of products are very volatile across the seasons, a result of both the absence of proper storage facilities and the inherently perishable nature of the products. For three years in a row, we have observed the prices of khachapuri peak in the Christmas and New Year period (December-January), with the lowest prices occurring in June – the latter period being when the agricultural products used for khachapuri are abundantly produced. We also clearly observed another spike last Easter as a result of the increased demand on eggs and dairy products after the Great Lent. Figure 2. Deseasonalized Khachapuri Index and Consumer Price Index Source: ISET Policy Institute

The Kh-Index reflects the cost of living quite well. Usually, the CPI is deseasonalized, which means that interesting seasonal effects are removed from the published index. This is not the case with the Kh-Index. Despite this, correlation that is a measure of linear relationship is quite significant, even when comparing the ordinary Kh-Index with the CPI. As for the deseasonalized Kh-Index and CCI, this can be observed on Figure 2 above, the correlation coefficient stands and 0.81, which points to a strong linear relationship. It is amazing how the simple small basket of the Kh-Index resembles the path of the CPI, which obviously includes many more things than food products alone.   Figure 3. Real (khachapuri) income per capita, May 2014 Source: ISET Policy Institute

Using the Kh-Index one can also draw some conclusions about living standards in various regions of Georgia. Higher incomes do not automatically imply higher living standards. One has to adjust for price level differences in order to arrive at the real differences in living standards. As khachapuri prices are collected in three Georgian regional centers (Adjara, Imereti and Kakheti), as well as for the capital, we can translate the average nominal monthly incomes in those regions into real (khachapuri) incomes per capita. For example, we can say that an average Tbilisi resident could afford to bake 377 standard Imeretian khachapuris a month, therefore people in Tbilisi have higher living standards than in Adjara, where average residents could only afford 333 Imeretian khachapuris. In terms of real (khachapuri) incomes, Tbilisi is the richest region, followed by Adjara, Imereti and, the poorest of the four, Kakheti.

The ISET Consumer Confidence Index (CCI) was launched in May 2012. The motivation for creating such an index was to track Georgian consumer sentiment. Observing the degree of consumer optimism is important for drawing conclusions about consumer spending, which is one of the main drivers for economies like Georgia. The mechanism works as follows: if consumers are confident, they consume more, spend more and boost economic development. Conversely, if consumer confidence declines, people spend less, save more and thus the economy develops more slowly. Similar indices exist in various countries, including Russia.

The EU methodology is used for constructing the Georgian CCI. Some 300-350 randomly selected individuals answer the CCI questionnaire via telephone interviews. The questions concern the past, current and expected situation of an individual’s financial situation, as well as the outlook for the country’s economy. The CCI is calculated based on the responses to these questions. The CCI has two sub-indices: the present situation index and the expectations index. The ISET Policy Institute also tracks the breakdown of these sub-indices into age, gender, regional and education level categories.

Despite the CCI being only two years old, it has already given some interesting and thought-provoking results.   Figure 4. Consumer Confidence Index, May 2012-July 2014 Source: ISET Policy Institute

The ISET Policy Institute is currently expanding its portfolio of regular products. It will thus be able to draw further interesting conclusions on the energy, real estate and agricultural markets, the business sector, and the overall Georgian economy on a regular basis.