Hovhannes Stepanyan: Perspectives for Creating Volunteering Opportunities among the Countries of the Caucasus

Introduction The nations living in the Caucasus region have a number of similarities and common values, which are reflected in their everyday lifestyle, cuisine, gestures, musical rhythms, family, culture, ornaments, national costumes and many other aspects of traditions (1), which are most probably inherited from the historical past, when those nations were unified under various umbrellas of dominant supranational powers, as well as having stronger social and economic bilateral ties with each other (2). These similarities and common values still exist to a certain degree, but already bear the stamp of the national identity of each Caucasian nation. However, in spite of diversities in orientations that impose a severe shadow on these commonalities and create solid ground for emphasizing the differences, the aforementioned similarities and common values may still have the capacity for playing a positive role in terms of promoting peace, stability and cooperation in the Caucasus region. The focus of this article is neither the unsuccessful past attempts at creating a union of Caucasus countries, nor on the fatalities that took place in the past (3), but the focus will be concentrated on the perspectives for regional cooperation that can happen jointly among all nations of the Caucasus by prioritizing the spirit of positivism and reliable partnership. As such, one of the identified areas where regional cooperation can happen is Volunteerism (4), especially with the involvement of sophisticated youth representing the various nations of the region – those who possess the strength and interest for promoting regional cooperation in the Caucasus and consider themselves free from political constraints. Volunteering as a Means of Cultural Understanding and Confidence Building The power of Volunteerism has been identified in many instances (5) and most of the developed and leading countries of the world relate to volunteering as an important “soft power tool” (6), which aims to promote international cultural exchange, social dialogue and mutual understanding, thus creating newer opportunities for joint achievements. International organizations and supranational unions also identify the important role of volunteering and allocate sufficient funds and resources for creating permanent volunteering opportunities for their affiliates (7). Furthermore, in those countries where the positive role of volunteering is recognised, active policies are undertaken for promoting volunteerism starting from early academic levels, such as institutionalizing volunteering activities in public educational entities (8), combining the concept of volunteering with internships by promoting “service learning” (9), seeing volunteerism from the perspectives of “VolunTourism” (10), etc. These activities refer to volunteerism as a means of uniting people with different backgrounds for social good, having sustainable tangible achievements through joint activities, promoting tolerance and mutual understanding, assisting in team-building and friendship, understanding and respecting different cultures and lifestyles, supporting skills-transfer and local capacity building, having a multiplying effect by raising recognition and pride, etc. (11) The aforesaid emphasizes that volunteering itself has a strong capacity for strengthening cultural understanding among various nations, which can be duly replicated and effectively used for the purposes of creating perspectives for regional cooperation among the Caucasus countries. For the purposes of analysis of this article, when concentrating on the neighbouring countries within the Caucasus region, we see a region where there are several contradicting issues, such as closed borders, territorial disputes and non-harmonized viewpoints about the past and the future, thus imposing an overall negative impact on visions for regional development (12). Consequently, these issues impose numerous risks, uncertainties and dangerous conflicts, most of which, unfortunately, can have fatal outcomes, as they have done previously. In addition to these realities, as well as taking into account the vast number of ethnic minorities that live in the Caucasus region (13), the situation is being further complicated by aspects of cultural safety and security, especially when it refers to native nations with small populations that can be referred to as endangered zones, in terms of preserving their existence and identity (14). These small nations appropriately need “shields” from the harsh cultural flows that are being imposed from other countries and ethnicities with greater populations in the Caucasus region (15). 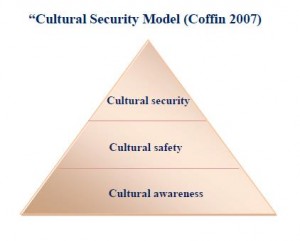