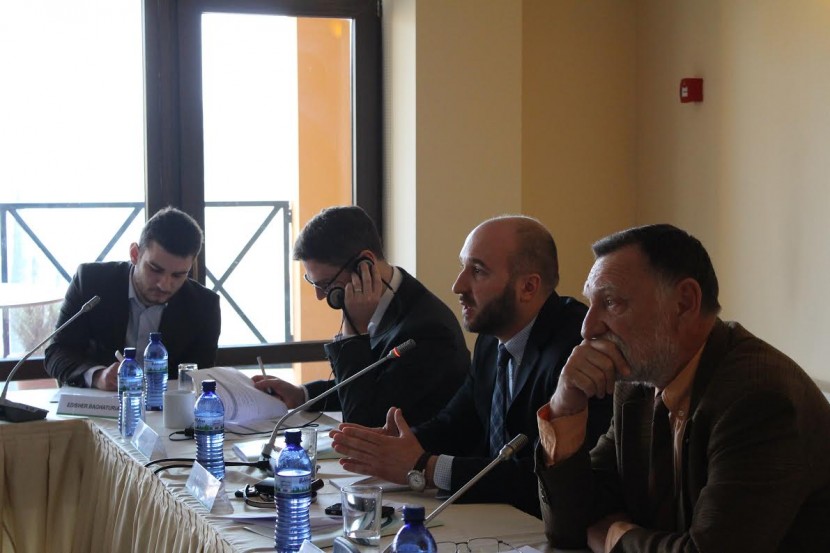 International Conference “25 Years of Confrontation and Cooperation: Georgian-Russian and Other Models of Relations”

On the first session of the conference, Caucasian House researchers Edisher Baghaturia and Revaz Koiava presented major findings originating from a research paper concerning Georgian-Russian relations over the past 25 years. As a researcher at the Centre of Post-Soviet Studies at Moscow State University, Yulia Nikitina also talked about the same topic from a Russian perspective.

During the second session, the relation models of Azerbaijan, Belarus and Ukraine with Russia were analysed. The invited speakers that talked about above mentioned issues were Taras Berezovets, from the Ukrainian Institute for the Future, Yauheni Preiherman, Policy Director at the Discussion and Analytical Society Liberal Club in Minsk, and Ahmad Alili, Head of the Public Policy School at the Centre for Azerbaijan’s Economic and Social Development.

The final session was dedicated to the analysis of current, as well as past experiences of the relations between the West and Russia. Agnieszka Bryc, Assistant Professor at the Faculty of Political Science from Nicolaus Copernicus University (Poland), Jakob Parakilas, Assistant Head of the US and the Americas Programme, Chathem House (the UK), Sergey Markedonov, Associate Professor at Russian State University for the Humanities made reports on those topics.  Important parts of all sessions were aimed at providing space for active discussions and sharing different opinions on the issues raised by the speakers.