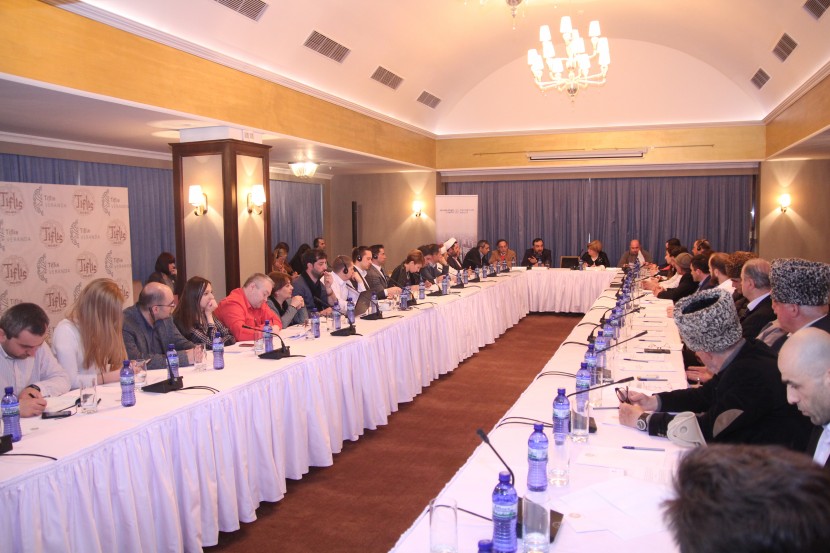 Islam in Georgia: State Policy and Vision from Regions

On April 5, Caucasian House held a conference on Islam in Georgia: State Policy and Vision from Regions”. The opening remarks included the discussion on religious and political aspects and the significance of secularism in a contemporary state building process. The head of Asian direction at Caucasian House Giorgi Lobzhanidze, the professor at Ilia State University Giorgi Sanikidze alongside the philosopher Zaza Shatirishvili presented reports on aforementioned topics.

The second session was dedicated toward State policy on religion. The Chairman of State Agency for Religious Issues Zaza Vashakmadze analysed the state policy toward dominant confessions presented in Georgia, especially focusing on Muslim community. During the third session, Ramin Igidov, the Sheikh of all Georgia and Iasin Aliev, Mufti of all Georgia talked about the priorities of Muslim Division and emphasized the importance of the establishment of the Muslim education institution in Georgia.

Moreover, the researchers of Caucasian house Archil Sikharulidze and Gela Khmaladze presented the results of the qualitative social research regarding the integration process of Muslim community in Georgia and elaborated on main findings.

The conference was held with the financial support of British Embassy in Georgia.