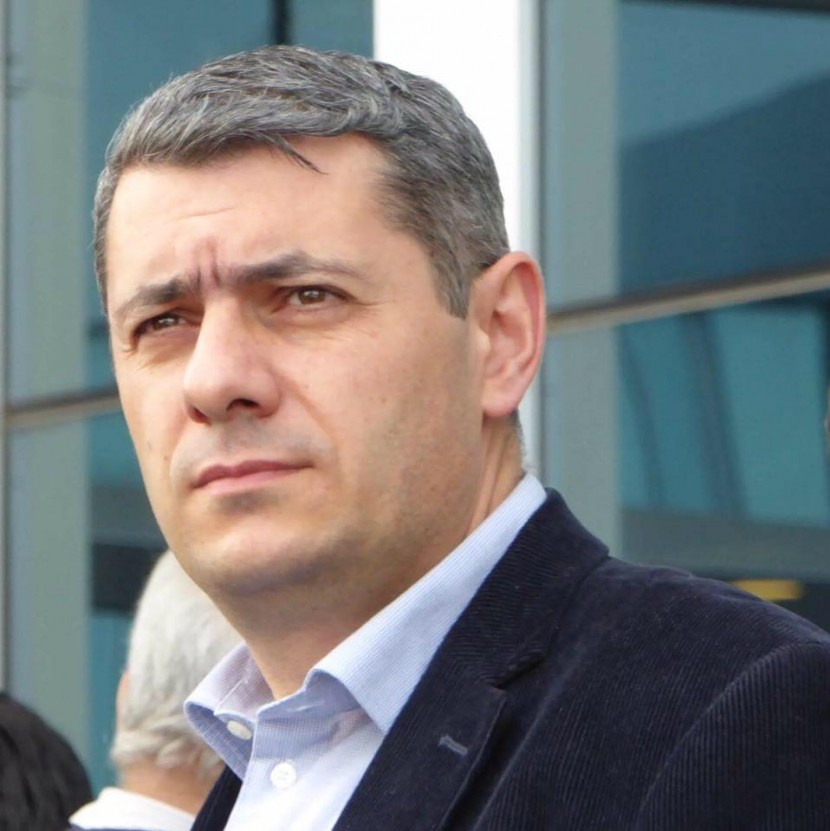 Doctor of Political Sciences
Deputy Director of the Caucasus Institute

In the second half of July 2016 Armenia was shaken by deep internal political crisis. In early morning 17th of July an armed group of followers of Jirair Sefilian, a former active participant of military actions in Nagorno-Karabakh, took over a police station in Erebuni, killing a policeman and injuring several others. Several other policemen, including high level police officials, were taken hostage; the death of another policeman later was caused by the sniper fire. The armed group requested from the authorities to release their leader, who was imprisoned with the accusation in arms possession, and to dismiss the president Serzh Sargsyan. Simultaneously, apart from the changes of home policy and of socio-economical character, supporters of Sefilian were justifying their actions with aspiration to not allow the implementation of possible concessions on Karabakh conflict settlement to which, according to the representatives of “Predparlament”, were ready Armenian authorities within the frames of new round of negotiations around Nagorno-Karabakh, initiated by Russia.

As a result of long lasting negotiations, the policemen taken hostage were released, however afterwards the supporters of Sefilian have detained a group of doctors who were providing medical care to the injured members of the armed group. The group of doctors was released only in the very last days of the confrontation. The main mediator in the process of negotiations between the authorities and the armed group was General Vitaly Balasanyan, the hero of the Karabakh war. Mostly thanks to his efforts it became possible to achieve a relatively peaceful conflict resolution including both the release of hostages and surrender to the authorities the members of the armed group itself.

The actions of Sefilian’s followers received a wide public resonance and support, which led to mass clashes between police and protesting citizens in streets of Armenian capital. Even though the majority of Armenian political parties distanced themselves from the protest actions, a number of political forces, and in particular – the representatives of party “Heritage”, as well as the famous oppositional deputy Nikol Pashinyan, were trying to head the public unrest, however already several days later the process gained almost spontaneous and uncontrollable character.

The reasons for the current events are connected to the fact, that various types of political (and not so much political) methods of Armenian authorities practically led to the situation when, figuratively speaking, “the politics left the politics” during last several years. In other words, all more or less substantial and active oppositional political powers which were trying to make pressure over the authorities to implement some sort of extensive reforms, or were some sort of mediators between existing social discontent and the authorities, became marginalized. The process of political discontent with every step was gaining more and more features of the radicalizing social unrest. As a result, even accidental events of socio-economical character which took place in previous years, for instance the situation with the increase of prices for minibuses, construction processes in the park on Mashtots avenue, last year’s “Electric-Yerevan” etc. became detonators of social explosion and spotlighted very deep public discontent in Armenia. The reaction of the authorities to this was, as it turned out, absolutely inadequate.

In the difficult socio-economical and political situation formed in Armenia the authorities have chosen seemingly the easiest and the most convenient way of marginalizing the political opposition, and because of that eventually created much more serious problem for themselves as a result of radicalization of the civic protest. Discontent was accumulating and growing with every step. It was strengthened even more by the April military escalation in Nagorno-Karabakh, the results of which have caused the public demand of need for serious changes not only in political and socio-economical sphere but also in sectors of security and defense. The authorities reacted to this with rather sluggish if not even ridiculous formal steps and didn’t in fact carry out any serious changes or reforms.

In spite of civic protest growth in “post-April” period, the authorities were surprised by the actions of the armed group “Predparlament” which called itself also “Sasna Tsrer” (“Crazy brave men of Sasun” – named after one of Armenian epic folk characters). July crisis in Armenia started to gain more and more accelerated tempo, sometimes reminding typical for post Soviet space processes of “maidanization”. Clumsy reaction of the authorities who firstly tried to regulate the crisis with the help of negotiations and political measures, and then gradually started to use force methods, was pretty much predictable. The force methods included gradual factual “shooting” of the armed group’s members (even though the snipers were trying not to kill but to only wound members of the group), almost daily dispersal of “Predparlament” supporters and of ordinary people discontented by power in streets of Yerevan, together with arresting the most active of them. However, the situation  developed to assault of the police station.

The biggest dispersal of the protesters took place on the night of 29 to 30 of July, when dozens of demonstrators and journalists were beaten and injured, and many of activists were just detained and arrested with the accusation in incitement. The authorities were trying to justify the actions of police that night with the aspiration to prevent protesters to get to the besieged at the police station where a considerable amount of different types of weapons, starting with hundreds of trunks of rifle armament and ending with even police armored vehicles and special means was stored. Public reaction to the harsh actions of police was predictably very emotional and sharply negative. On the background of rapidly growing public discontent and of political vacuum created by the “traditional” party forces which practically didn’t react to the situation, a sharp polarization of Armenian society took place. Despite of the fact that the actions of the armed group formally completely suit to the definition of political terrorism, they were characterized as quite legitimate by a large part of the society. The members of the armed group themselves became sacral and almost acquired the status of fighters for freedom.

Nevertheless, in the evening of 31st of July, after long negotiations, the group “Sasna Tsrer” had finally surrendered to the authorities, announcing their decision to be a desire of avoiding any further bloodshed in case of inevitable assault. In spite of that, internal political situation in Armenia is still far from stabilization, and possible ways out of this deep internal crisis are not yet clear neither to society and political powers, nor to the authorities. It is obvious only that the incident can have very serious consequences scale of which for the political development of Armenia is still very difficult to predict.