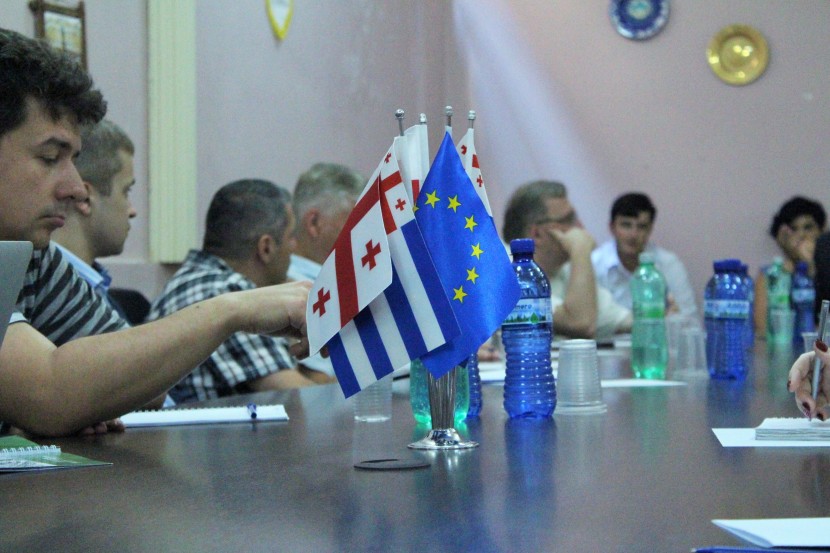 On June 14-16, within the framework of the project “Georgian-Russian Dialogue for Peace and Cooperation”, Caucasian House hosted a regional forum in Batumi. This brought together Russian, Georgian and Armenian experts. The forum incorporated topics related to regional security and current political processes in Caucasus, the threat of Islamic radicalism in the region, the situation in South Ossetia and Abkhazia, Georgian-Russian relations and the influence of the Nagorno-Karabakh conflict on the region. Meetings were held in compliance with the Chatham House rules.

Moreover,participants met with the representatives of local governmental institutions, in particular, the president of the Ajara Chamber of Commerce and Industry, Mr. Tamaz Shavadze, who discussed regional trade relations and trade potential of Autonomous Republic of Ajara. Caucasus expert Mamuka Areshidze also took part in the meeting.

In addition, participants met with the Deputy Mufti of All Georgia, Mr. Adam Shantadze, and with the other representatives of the Georgian Muslim Department, who shed light on the current situation in the

Muslim community and the state policy towards this issue.

In the framework of the project, participants were given the opportunity to visit the historical sites of old Batumi. Excursions Zemo Ajara, in particular, to Machakhela and the Makhuntseti valleys were organized.

The project is funded by the British government.