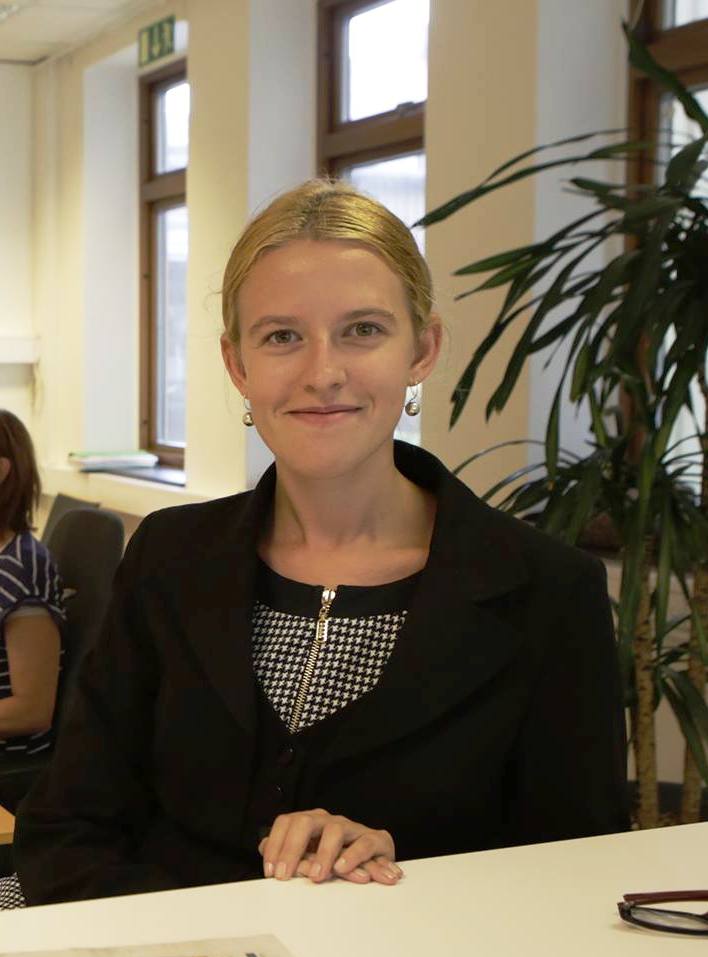 /Original version of the article is available in Russian/

During the last meeting of the contact group on conflict in self-proclaimed Donetsk People’s Republic and Lugansk People’s Republic in 2015, parties expressed their hope for the ceasefire during winter holidays. Representative of OSCE Martin Sajdik prognosticated that agreement on abstention from conduct of any military maneuvers and movement of powers will be observed: “We express our hope and expectation that residents of East Ukraine will be able to see the New Year in complete safety and peace, celebrate Christmas and keep peaceful conditions”.

On January 13, 2016 the trilateral contact group on conflict regulation and ceasefire on the territories of so called Donetsk and Lugansk People’s Republics met in order to attempt ceasefire since January 14. The OSCE representative stated that the agreement was not observed. The only progressive moment named by Martin Sajdik that had been strived for during an entire year and began to be achieved in 2016 was progress in exchange of captives detained on the unrecognized territories. “One of my wishes of December 22 has come true – more efforts were applied for release of detained persons. There is an intention to free more than 50 persons. Parties took the commitment to provide more specific information for the meeting next week”, said the OSCE representatives on January 13.

In fact, the New Year 2016 of Minsk agreements starts with promises and wishes. For example, on January 20 the contact group announced its main priorities: exchange of captives, de-mining at the contact line in Donets Basin, as well as upcoming elections in certain regions of Donetsk and Lugansk oblasts. However the contact group did not move past naming the existing problems on that day.

As a result, at the next meeting on January 27 participants decided to open a passing point for civil transport and humanitarian loads in Lugansk oblast for the anniversary of signing “Minsk-2” agreements on February 12. The remaining items of the discussion have not been implemented yet.

OSCE special representative Martin Sajdik said on January 27: “Unfortunately, decision on release of persons detained in regards with the conflict has not been achieved yet”.

Status of other subjects was not even announced. For example, situation with elections in certain regions of Donetsk and Lugansk oblasts will remain unsolved until the universal legitimization of authorities in Donetsk and Lugansk People’s Republics takes place.

Belarus as Peacemaker in Ukrainian Crisis

Since 2014 – the beginning of the Ukrainian crisis – Belarus came forward with peacemaking initiative to organize a negotiation platform where the parties would be able to sit down and discuss all existing disagreements calmly and diplomatically. It was the first suggestion to organize such a platform in the CIS headquarters.

The abovementioned negotiations had to promote the solution of the crisis between Russia and Ukraine; however this goal was not achieved. Here is one version of answer: this was unprofitable for Belarus’ from the beginning. Cooperation with Western Europe was not approved by Russia who insisted on cooperation with Belarus to have pressure on it later as the main CIS power.

On August 26, 2014 a trilateral summit “Ukraine – OSCE – Russia” takes place in Minsk. This was second attempt of Belarus diplomacy to gather all conflicting parties at one table for discussion of the most problematic issues. During the first June meeting in Donetsk there was only one item approved for fulfillment in the agreement list: end of ceasefire until June 27.

This August summit of the Customs Union, Ukraine and European Union was in the first place dedicated to trade and economical problems. It was planned to decide whether the agreement on association between Ukraine and EU was to exist. Another issue hovering in the air was activity of the agreement on free trade in CIS countries. Russia’s position was unambiguous: Ukraine, having signed the law on association, had to leave the free trade zone. However the main issue that had to be solved at the summit was the gas transit. That is, the necessity to supply gas to Ukraine existed. It was unclear what tariffs to establish and how to organize deliveries with minimal losses for all parties.

Military and political problems were only mentioned to justify the peacemaking character of negotiations and found insignificant reflection in the final declaration prepared by the Belarus party that was never validated.

After August 2014 other forms of agreements come into effect: OSCE contact group and “Normandy Format”.

The diplomatic group for situation regulation in the east of Ukraine consisting of high ranking representatives of four countries (Germany, Russia, Ukraine and France) was presumed to be able to become effective. On the one hand, theory of popularity works here. It means, the more well-known the fаce is, the easier it is to trust them.

Secondly, the reason behind the meeting of the “Normandy Format” – celebration of ally landing in 1944 and the following victory in the World War II. This had to win over the post-Soviet countries and Russia in the first place where the cult of the victory of Soviet people still exists.

Alongside with the “Normandy Format” the first meeting of the OSCE contact group on crisis solution in Ukraine takes place in the first half of September. Participants are Russia, Ukraine, OSCE and representatives of unrecognized Donetsk and Lugansk People’s Republics.

How did Belarus manage to organize a negotiation platform, invite representatives of the European Union and then continue working in “Normandy Format”?

“Since the beginning of the crisis Belarus kept contact with the Ukrainian authorities. It recognized the transfer of power almost immediately.

And most importantly, Minsk did not regard events taking place in Kiev as coup d’etat”, said Belarus expert Arseniy Sivitskiy, director of the Centre for Strategic and Foreign-Policy Research, on November 30 in Minsk at the project “International University of Conflict Transformation”.

Belarus comes forward as a mediator between Kiev and Moscow. As stated by MA in comparative constitutional law of the Budapest Central European University Yekaterina Kuznetsova: “If we speak about today’s attempts of Belarus to support peace and remain in neutrality, then meetings in Minsk solved not only the issue of prestige enhancement of our country on the world arena. Our diplomats have what to be talking about for some five years. One of the positive sides is periodic exchange of captives, detained and wounded.”

A conclusion can be made that in the situation when Kiev and Moscow could not have a conversation due to ideological and political circumstances, Belarus used the position of a neighbor CIS country and committed itself to the mission of “reconciling fraternal nations”.

The new challenge was annexation of Crimea by the Russian Federation. Belarus which keeps neutrality in this issue did not formally recognize annexation of the Crimean peninsula.

Alexander Lukashenko holds a floating position on this issue: “We have to determine and to express our point of view. They say it is such as not to offend either side. But we do not intend to offend anyone. First of all, we don’t need that. Secondly, nobody demands from us. Nobody demands to recognize Crimea and support Russians, or speak against it”.

If one follows the actions of the Belarus side, especially taking into consideration events after which both air service and number of Belarus trains increased due to Ukrainian crisis, one can speak about benefit Belarus receives from mutual Russian-Ukrainian sanctions. Position of neutrality is appreciated by the new Ukrainian authorities. Based on the development of political and economical relations, Alexander Lukashenko asked Ukraine for help in solution of disputable issues with the European Union and United States.

“Mr. Poroshenko comes forward as one of the main advocates of Belarus in the western society and actively lobbies for conduct of Minsk negotiations”, said Arseniy Sivitskiy.

As a result, firstly, the misunderstanding between Belarus and the USA mellowed. In September 2015 the President of the Republic of Belarus arrived in the United States where he had not been permitted entry for ten years.

Secondly, in 2015 it became possible to suspend sanctions against Belarus.

On October 12 the head of the Ministry of Foreign Affairs of Croatia Vesna Pusic stated at the meeting of the EU council in Luxembourg: “EU strives to bring Belarus closer – not to admit to EU but as a partner for region stabilization. For this reason sanctions will be suspended – at least temporarily”.

On the other hand, Russia was not against Minsk as a neutral territory for the conflict solution either. Relations between Minsk and Moscow, starting from the creation of CIS in 1992 until the ratification of the Agreement on Creation of a Union State, are defined as fraternal by both sides.

If not for this fact, nobody would have appointed Minsk as the platform for negotiations. But this happens later, before that the Russian side suggested a different format of negotiations in Vienna. A belated experiment – meeting at the end of June 2015 on the level of department heads of energy bodies of European Commission, Russia and Ukraine was not successful. The format did not last long due to gradual decrease of Russia’s authority on the world arena.

This is explained by the fact that Russia loses pressure over the country that until recently, namely 2014, was a supporter of the “Russian world”. Belarus understood that it could not rely on Russian loans because of the crisis. That’s why now Belarus more and more often thinks about western direction, i.e. cooperation with Europe. Russia finds such “whim” unacceptable.

During Minks-2 agreements in February 2015 the idea of conflict regulation with the help of a dialogue between Kiev and Donetsk and Lugansk oblasts was approved. Moscow has recognized these representatives, while Kiev demands appointment of main persons through elections. “This principal difference in approach can be sufficient to give up Minsk agreements, and together with them the hope for the quickest transfer of the conflict from the military to political aspect”, says head of department at the Center of Situational Analysis (CSA) of the Russian Academy of Science Sergey Utkin.

Ukrainian expert, professor of the national university “Kiev-Mogilyansk Academy” Alexiy Garan doubts the honesty of elections on the territory of unrecognized states: “How can one do it when the border between Russia and Ukraine is not controlled? There is no clear answer to that in the Minsk agreements. West wants conflict de-escalation. This requires negotiation ground. So far, Minsk suits this decision”.

As a result, one can only talk now about the beginning of transformation of the Russian-Ukrainian conflict. Belarus comes forward as the third party not only to solve mutual discontent but for its own political benefit. In the period of world crisis, increasing the country’s prestige is one of the substantial benefits. And while the policy “talking about the problem is better than keeping silence” will be supported by the trilateral contact group, agreements will carry on.