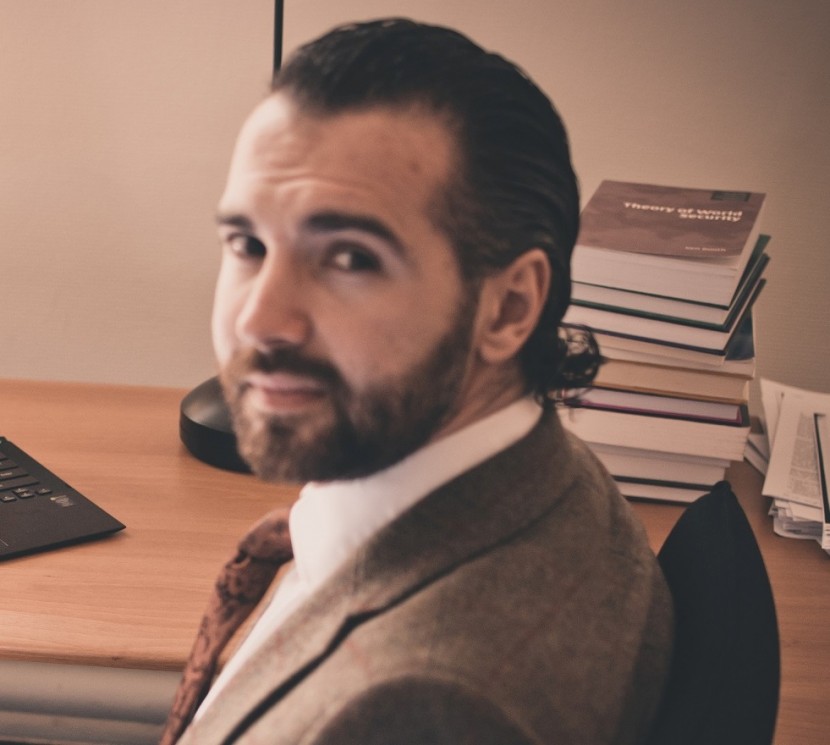 How to talk about social conflicts? How to build a dialogue between conflicting parties? How to develop a research position in relation to any conflict? These are the questions, to name a few, facing not only researchers working on conflicts, but also practitioners dealing with conflict transformation and peacebuilding in conflict affected areas.

An attempt to build a disciplinary approach to conflict narrative  has been one of the most widely spread methods which focuses on diverse drivers of conflict whether it be economic, political, normative-legal social etc. However, this approach rarely proves to be effective as conflict narratives are hardly ever realized within the single historical, political, economic, normative-legal or other discourse. Even speeches and papers presented to specialized panels at academic conferences always consist of bits and pieces from various discourses. It would be hard to imagine a situation whereby a dialogue concerning social conflicts would be contained within the frames of, say, normative-legal discourse without touching upon historical perspectives and similarities. In such situations legal facts come to interact with historical facts.

It goes without doubt that the historical discourse prevails over the narrative on social conflicts. While researching social conflicts one cannot avoid analyzing the time, place and correlation of events constituting the social conflict in question. No research can bypass these historical excurses in one form or another form. In addition, it often happens that an understanding of history and its goal is shaped by what Leopold von Ranke believed was the goal of the historical research, which is to establish ‘what actually happened’.

However, when it comes to social conflicts, history stops being a reliable ally as it often poses itself as a blend of two or more conflicting historical narratives which are often entrenched in the official history provided by the States or state formations and which in turn are created as a result of conflicts. In other words, the history regresses into stories.

Historical narratives are always built on concepts which construct not only the structure of this very narrative in many different ways, but also rest upon on social-political reality which comes to existence because of these concepts. This function of concepts is of utmost importance. As Reinhart Koselleck argued ‘’a ‘we’ group’ can become a politically effective and active unity (Handlungseinheit) only through concepts which are more than just simple names or typifications. A political or social agency is first constituted through concepts by means of which it circumscribes itself and hence excludes others, and therefore, by means of which it defines itself… In the sense used here, a concept does not merely denote such an agency (Handlungseinheit), it marks and creates the unity. The concept is not merely a sign for, but also a factor in, political or social groupings.[2]

Unfolding predominantly in a social-political reality, conflicts are always constructed on various positions in relation to one and the same events or actors. Because of this very reason, an approach to studying conflicts the narrative of which focuses on positions rather than events, is considered to be more productive.

From Events to Positions

Such a shift of a focus would help first of all, to distance from a question of ‘what actually happened’, a response to which often tends to turn into a subject of persuasion rather than a scientific fact. On the other hand, the shift could create a venue for discussing diverse views and justifications. This approach seems more effective not only from a point of view of a starting research position, but also from a perspective of building a dialogue between conflicting parties. Besides, being of a metadisciplinary nature which contains disciplinarity in a form of various types of discourses applied to conflicts, it is not limited by one or another disciplinary framework.

The core of the positioning theory rests upon social constructivism and ‘the narrative turn’ in social sciences. The approach implies that social or political reality is not given for granted, but on the very contrary, it is constructed by people, and language is of utmost importance in this process. In its broadest meaning, the positioning theory ‘is about how people use words (and discourse of all types) to locate themselves and others’.[3] Consequently, differences of the categorical apparatus, a shift of discourses, transfer of concepts from one field of discourse to another, do not represent a problem from a perspective of the positioning theory. Rather, it is the key to understanding how positions are being formed. This approach allows examining and studying a transformation of a socio-political background and changes in actors’ positions when conflicts are being fueled up. At the same time, the approach does not imply to ignore the presence of ‘real’ developments. It only shifts the focus on a social-political register, where these developments acquire meaning: ‘Of course, the continuing war in Iraq involves real tanks, aircraft, bullets, suicide bombings, and hundreds of thousands of deaths and serious casualties, but like all conflicts the fighting take place in a narrative framework and is ascribed meaning through discourse of various types’.[4]

Thus, actions/acts, positions and narrative constructions are tightly linked and represent a triad (see below) in the positioning theory.

However, narratives in relation to developing conflicts are very often represented as open and underdeveloped constructs characterized by rapidly changing narrative elements. Besides, quantity of narratives linked to specific social conflicts may be too large to carry out the positioning analysis. As mentioned above, such discourse elements as a concept tend to come to the fore at an early stage of the conflict formation and discourses. In other words, the formation of positions can be observed and followed up at the very early stage depending on what concepts are used by the parties in relation to events and to each other.

The formation of the conceptual base within the frames of the ongoing conflict in Ukraine seems quite indicative. In this conflict the parties’ positions, justifications and behaviours rest upon the following conceptual oppositions:

Thus, the example of the conceptual opposition of ‘the Revolution of Dignity’ – ‘Anti-constitutional coup-d’etat’ demonstrates the formation of a semantic field and the types of discourses which will be involved in further construction of argumentation in relation to the event as well to others to be narratively connected to the former. The concept of the Revolution of Dignity activates a revolutionary and patriotic rhetoric which is associated with the civic justice, which in turn contradicts the normative-legal discourse attached to ‘coup-d’etat’.

Considering the Maidan events as a coup-d’etat opens up a new semantic field predominantly linked to a normative-legal discourse and legitimacy issues to be referred to while constructing positions in relation to the following event: ‘the reunification of the Republic of Crimea with the Russian Federation’ – ‘the annexation of Crimea. Referring to the previous position as coup-d’etat, the people’s right to self-determination exercised by the Crimean residents will be not only legitimate, but necessary as well. This line of argumentation had been voiced by Vitaly Churkin in a following manner: ‘…the need to apply it to Crimea has been caused by a legal vacuum, which in turn had been created as a result of an anti-constitutional armed coup-d’etat instigated and implemented by the extreme nationalist forces in February 2014 in Kyiv as a direct threat to set ‘an order in their own manner throughout the whole Ukraine’.[6]

While selecting a concept in relation to our actions, we always open up certain opportunities for actions on the one hand, and restrict the very same actions on the other. For instance, while conducting the ‘anti-terroristic operation’ in the south-east of the country, the Ukrainian authorities open up a whole range of possibilities to resolve the conflict in a non-peaceful way not shunning away from involving foreign armed forces which is considered a legitimate measure. Besides, such a position allows for the containment of the conflict on a national (state level) rather than positioning it as an international or inter-ethnical confrontation. This positioning triggers an attempt to deprive the other side of a social-political subjectivity as south-east of the country or Donbas is viewed as merely just a zone of an anti-terroristic operation. In addition, this entails a series of implications: no war crimes can ever happen during anti-terroristic operations, no one can be taken as a captive of war and therefore, they cannot be subject to The Hague Convention, also, internally displaced persons are not eligible to a status of a refugee in foreign countries as their displacement is not caused by military actions etc. On the other hand, this kind of position extremely complicates conflict resolution efforts through diplomacy as it implies negotiations and agreements between authorities and ‘terrorists’.

While talking about concepts as factors of social-political reality it is worth noting that they are hardly ever attached to any of discourses and therefore are capable of migrating from one discourse to another and changing parties’ positions while doing so. A change to the discursive position of a concept of a separatist can serve as a good example of the above said. Originally the understanding of a separatist belonged to a public discourse in Ukraine and media discourse in the western media. This concept served as a kind of a tag for residents of the south-east of Ukraine characterizing their political position. However, being backed up by a certain social-political group, this concept had not become a legal term up until July 19, 2014 when a law on amending the criminal code of Ukraine (1533-VII) was passed, followed by the criminalization of not only the concept, but also the social-political group to which the concept is attached.

The Ukrainian crisis provides quite rich material to demonstrate that certain concepts are able to construct ‘we groups’ in many different ways as they not only ‘mark’ ‘we groups’ but also create them. The social-political transformation of ‘we group’ expressed through the following concepts can serve a good example of the aforementioned:

Each of these concepts locates this group as either an administrative unit in Ukraine or a region with its socio-cultural specifics or unrecognized independent republics, or as a cultural-historical oblast of the Russian Empire. This demonstrates that every concept implies drastically different social-political subject, in reference to which drastically different interlinks are constructed. Pierre Bourdieu argues that category change is one of the key instruments for changing social reality and the very categories become ‘stakes’ in political fights waged for preserving or changing them.[7]

In order to make concepts and positions as well as social-political actions subjects for research, opens up opportunities to observe dynamics within those social-political changes, which unfold in the middle of conflicts. The positioning analysis would allow to mark the most debated and important points, divergences between positions as well as indicate the key strategic grounds which nourish and nurture conflict.  In-depth and detailed analysis of key concepts of conflicts make it possible to build a new interdisciplinary perspective in relation to many social conflicts. Drawing such a conceptual map enables us to not only study conflicts, but also develop instruments and roadmaps for their transformation.