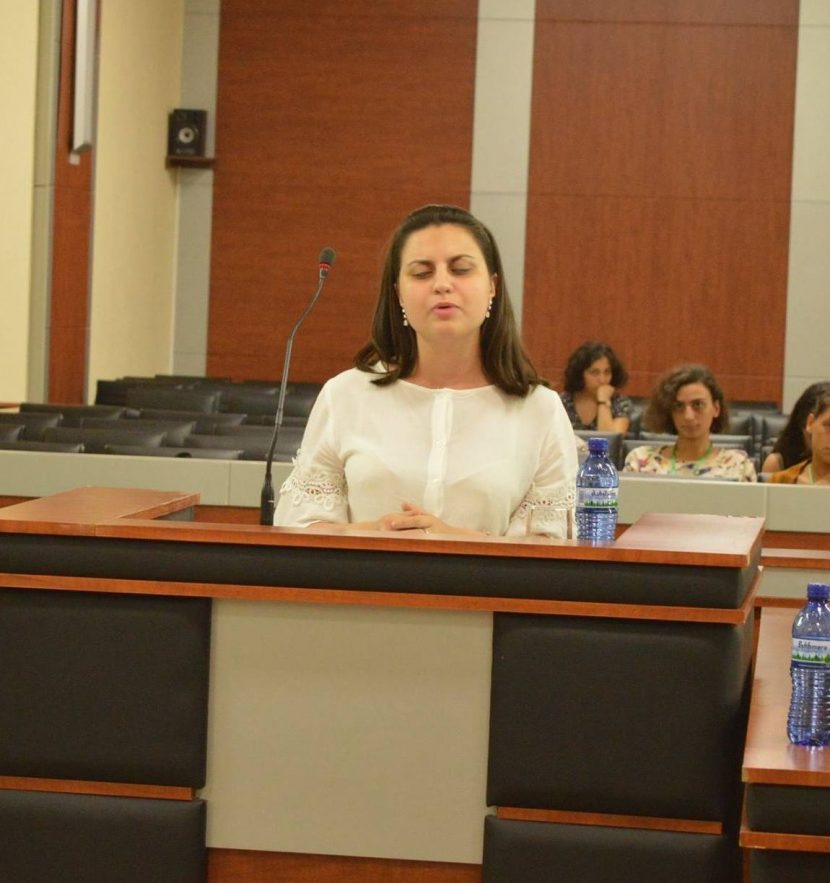 PROPERTY RIGHTS OF WOMEN AND HOW CAN THEY BE ACTUALLY ACQUIRED

The terms used in the Code (spouse, heir, as well as other contractual notions) are gender-neutral too, or, in the other words, they neither include nor indicate towards any specific gender. Therefore, it can be said that Georgian legislation provides women with opportunities of exercising their property rights that are equal to those of men.
According to the provisions of Article 15.2 of 1979 UN Convention on the Elimination of All Forms of Discrimination Against Women, parties (including Georgia, which ratified the Convention in 1994) are committed to ensuring equal rights and opportunities for women and men in civil relationships, in particular, with regard to contracting and management and sale/purchase of the property. ‘Property right’ implies both a broader (rights/opportunities/mechanisms/possibilities of owning, purchasing, acquiring property guaranteed by the legislation) and a narrower (use of property rights in case of owning one specific property) understanding of this term.

Women’s Property Rights as a Mean of Protection from Violence
Enforcing of women’s property rights protection is still a challenge in Georgia today. Discriminatory policies can even be observed at the level of state programmes. Large organisations aiming towards protection of the women’s rights have not conducted many studies on actual access of women to the property rights. Also taking into consideration that the gender-neutral wording of Georgian legislation can to certain extent obscure the problems, the activists often have to rely on the information collected from informal sources (issues arising at various conferences and meetings). For instance, according to the statement of one of the beneficiaries of the programme, in the process of allocation of residential space, if the family has a grown-up son, they will receive 2 apartments, while, in case of having unmarried grown-up daughter, the family will receive only 1 apartment. In informal discussions, the public officials don’t even hide that the reason for this is that women move to their husbands household when they get married, while men will have to bring their wives home. Such limitations force women to get married, because otherwise they will be unable to have their own living space and will remain without any legal/economic/social protection and guarantees. The state also does not support women in acquiring property through these policies. In case, when there are several siblings in a family, a female is less likely to receive parents’ real-estate after their death, than her male sibling, as she is supposed to get married and live on her husband’s property. And this, despite the fact that often not having their own living space forces women to stay with violent family members. For instance, the mother of a child with disabilities was forced to return to her violent, alcoholic husband. This happened because her brother insisted so, and her family members accused her of breaking up the family. Since all her accommodation options were limited to the houses of her brother/parents and husband, and her family wouldn’t accept her, she had to return. This also harms the child, who is becoming the witness of violent scenes and growing in unhealthy environment. Such cases, according to the international practices and the ruling of Tbilisi City Court #5504-17, shall be considered as psychological violence towards the child.

Ensuring property rights for women reduces the risk of violence against them, because they depend less on potential abusers and, hence, are not forced to bear with physical violence due to property reasons and can separate from their abusers or initiate legal proceedings (report to police, etc.) against them. According to the June 2014 Shadow Report of 13 NGOs and 2 Women Networks form Georgia submitted to the UN Committee on the Elimination of Discrimination against Women, victims of domestic violence are reluctant of reporting abuse, due to fear of commencement of the legal prosecution against their abusers, especially if those are the only breadwinners in the family. Hence, owning a property promotes women’s economic independence and reduces the risks of economic or any other kind of violence against them.

Actual Status of Protection of Women’s Property Rights in Georgia (brief review)
In June 2014, in response to the 4th and 5th Periodical Reports of State of Georgia on Fulfilment of the Commitments Under the Convention on the Elimination of all Forms of Discrimination Against Women,13 NGOs developed and submitted an Alternative Report to CEDAW. According to this report, the vast majority of rural women own no strategic property. (Unfortunately, this report does not contain statistical data: what share of the registered rural strategic/immovable properties is owned by women, or what is the percentage of the women inheriting such properties from the parents, who own such property. This also indicates that even civil society does not pay the due attention to the mentioned problem and the Report touches upon this issue just in passing.) They are living in houses owned by their parents or spouses and are not considered owners. According to the report, neither do the women and their families separate categories like ‘family income’ and ‘woman’s income’, or ‘family property’ and ‘woman’s property’. Rural women, especially those living in the mountainous areas, have less access to economic or social information and services. The same report provides the following recommendation for the elimination of the problem: ‘raise the awareness of rural women on their property and land ownership rights’.

Despite the importance of ensuring property rights and access thereof for women, the Shadow Report mentions these issues just in passing: property ownership status of women and their economic dependence on the others is mentioned 3 times only. In particular, the vulnerability of women with regard to these issues is mentioned in Recommendation 5 under Article 11 and in Paragraphs 26 and 95 of the Report. The Report also does not include any statistical data with regard to ownership of strategic properties by the women.

Conclusion: Brief review of the main areas of future study on barriers to a proper exercise of their property rights by women in Georgia.

In the absence of full-fledged and comprehensive information on the barriers to a proper exercise of their property rights – both in broader and narrower terms – by women in Georgia described in this essay (existing despite the gender-neutral legislation), and since there are doubts that such barriers are well hidden and manifold, it is necessary to conduct the indepth study, which would be aiming towards revealing them. The study might include collection of data from the public registry, in order to find out ratios of men and women owning property in Georgia; the share of women-owned property in monetary value terms. In the future, it is necessary to perform an evidence-based large scale study, to identify barriers women are facing in the process of acquiring/keeping property and their underlying causes. For instance, it is necessary to identify what percentage of employed women with stable income own property and what is the ratio of such ownership between men and women; what share of property (including real estate) jointly acquired during living as family is registered on women. It is necessary to study the barriers to effective exercising property rights by and satisfying all the needs of women with regards to the all components related to the property: acquiring, keeping, managing, transmitting and other strategic aspects thereof.

It is important to review and share the experiences of the other countries with regard to practices of awareness raising among women and society on issues of women’s property rights.