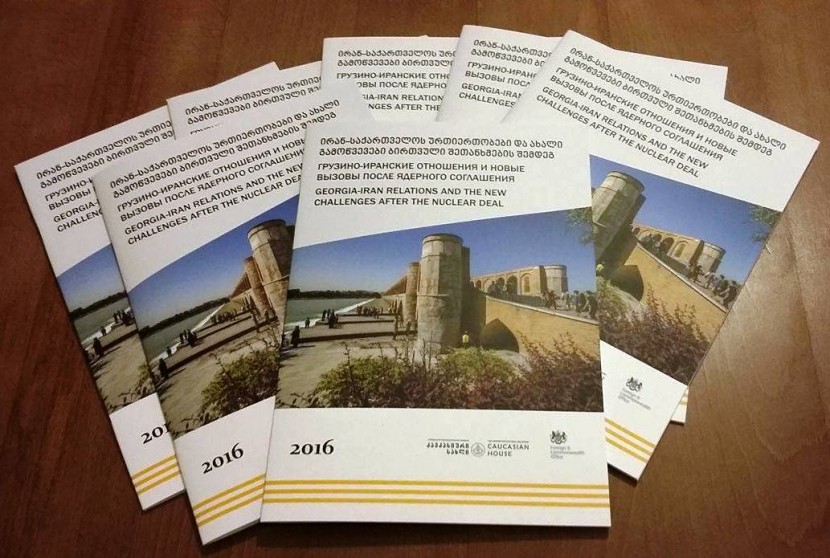 On March 28th  public discussion and presentation of the policy document: Georgia-Iran Relations and the New Challenges after the Nuclear Deal  was held at Caucasian House

The document was written in the framework of the project “Georgian-Russian Dialogue for Peace and Cooperation” by a researcher Edisher Baghaturia. The paper discusses Georgian-Iran relations since 1991 and future prospects of cooperation after the Vienna Nuclear Deal. Perspectives for cooperation between the two countries are put in the context of balancing interests and influences of regional actors operating in Georgia

The first speech was delivered by a Minister counselor of Embassy of Islamic Republic of Iran in Tbilisi Mohsen Kebriaeizadeh. He spoke about the relations between two countries and ongoing political processes in the region. Author of the document Edisher Baghaturia paid more attention to the importance of Iran-Georgia relations in the context of the security as well as on the political-economic benefits which Georgia can get from cooperation with Iran. The meeting was moderated by the head of the Islamic department at Caucasian House Giorgi Lobzhanidze.

Interesting remarks were made after the presentation on Georgia-Iran relations by the Iranologists Giorgi Sanikidze and Niko Nakhutsrishvili.

The project is funded by “Conflict, Stability and Security Fund” of the British Foreign and Commonwealth Office.