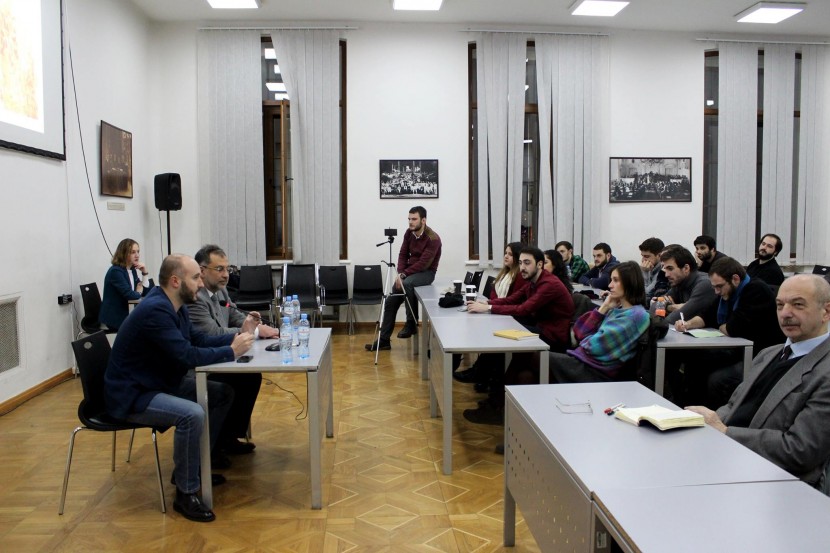 On December 20-22, by invitation of Caucasian House, Professor George Derlugyan, who works on historical sociology in the USA, delivered three public lectures in Tbilisi. During his lectures professor talked about historical developments of Russia and Caucasus. Besides Mr. Derlugyan made a comparative analysis of the different models of Modernization process that have been existing in different times in various parts of the world. In addition to that, he focused on the various stages of Modernization that took place in Russia and analyzed what impact this process had on its neighboring countries including Georgia; Professor discussed the architecture of the modern political, economic and socio-cultural realities in Caucasus as well as globally. The representatives from the academic and civil circles as well as students from different local and foreign universities attended the meeting