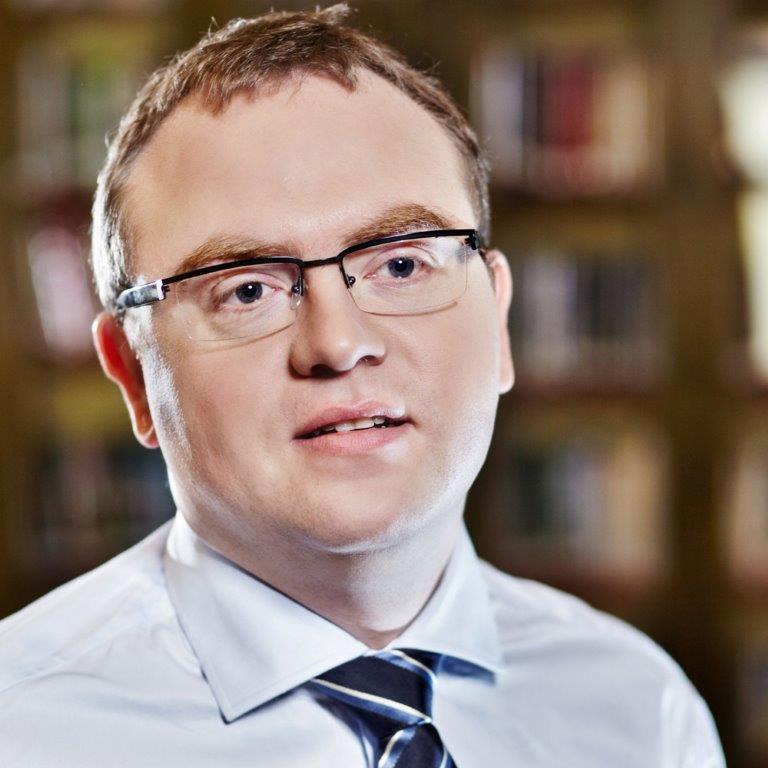 Russia’s Policy In Ukraine and its Implications for European Security

The speech was delivered  as part of  the  Russo-Ukrainian dialogue process. The dialogue process  had been organized within the framework of the project Ukraine  – Out of the Crisis Through Dialogue. The project is funded by the FCO/DFID/MOD Conflict Pool through the British Embassy in Ukraine.

Ukraine has undoubtedly been the greatest disappointment of Russia’s foreign policy in the last quarter of a century. Putin was deceiving himself as he claimed that “Russians and Ukrainians are in reality one nation”. It is amazing to what extent the Russian leadership overestimated the importance of linguistic and cultural proximity, and underestimated the strength of national awareness of the Ukrainians and their identification with the Ukrainian state. Maidan has been a vaccine which inoculated Ukraine against autocratic tendencies, just as the Russian-Ukrainian war inoculated them against any projects aimed at rapprochement with Russia. From the strategic point of view, Russia has gained Crimea, but it has lost Ukraine. Now what is at stake is what is going to be left of Ukraine.

According to a recent poll, 15% of Ukrainians have friendly feelings about Russia, compared to 66% who declare more frigid feelings about the country. Poland tops the ranking of countries towards which the Ukrainians cherish warm feelings – 57% feel friendly about it, compared to 6% who feel otherwise. The percentage of Ukrainians who support integration with the Customs Union has decreased to 17%, while the percentage of those who are in favour of rapprochement with the EU has reached a record 59%. Only two years ago, the Russian project was ahead of integration with the EU, backed by 42% compared to 32%.

Putin is not all-powerful. Russia has not succeeded in stoking a pro-Russian uprising in south-eastern Ukraine. It only managed to keep control of Donbas at the price of an open intervention, many casualties, deepening anti-Russian sentiments in Ukraine and Western sanctions. Also, Russia still has not managed to force Ukraine to adopt constitutional solutions (like federalization) that would render the country incapable of functioning and reforming itself.

On the other hand, Russia has managed to first occupy and then annex Crimea, which has generated internal political gains for Putin. In Donbas, it has created a bridgehead for further destabilization of Ukraine, and we should be prepared that it will make use of this capacity. Military, political, economic and energy pressure on Ukraine is intended not only to thwart the country’s efforts towards European integration, but also the reform of the Ukrainian state. An example of a successful transformation and modernization in Ukraine would create a major threat to Putin’s regime. The war that Russia is waging is not about controlling Ukraine, because that is unrealistic. It is about turning Ukraine into a failed state.

This is why Russia does not need peace or stability in Ukraine, it does not need compromises. Putin is interested in prolonging conflicts, not resolving them. And the longer he can keep his interlocutors at the table, the more issue linkages he can establish and, thus, the more he can achieve. It is not possible to meet Russia’s expectations – every new concession will be seen as evidence of the West’s weakness, and will lead to even higher expectations. When Ukraine suspended the implementation of the DCFTA, the move was not perceived as a gesture of good will, but on the contrary, generated more demands for a formal commitment of both sides to suspend the association agreement as well and to expand the arrangement to Moldova.

Russia’s strategic objective is to gain recognition of its dominance over the post-Soviet area. In the coming months it is likely to take steps to destabilise Moldova. The president of Azerbaijan Aliyev is facing mounting Russian pressure to join the Eurasian Union in return for Russia’s concessions over the Karabakh conflict. Putin has also recently spoken with disdain about Kazakhstan as a state that “has never existed before”. In Kazakhstan, however, Russia destabilising potential is limited because of China. Putin’s policies instil distrust in Russia’s neighbours – and for this reason further post-Soviet integration will be driven by coercion on the part of Russia, not its soft power. This is a bad prognostic for the effectiveness of Russia’s actions, but at the same time it forebodes strategic instability in the region.

The current crisis concerns not only Ukraine or the CIS countries. It is in effect an attempt at undermining the post-Cold War world order. Moscow’s maximum objectives seems to be: disintegration or weakening of NATO, withdrawal of the US from Europe, conflict in trans-Atlantic relations; undermining of European integration, development of links between Russia and selected key states in the West – and naturally Germany would play a lead role in this new ‘concert of powers’; Finlandising (or vassalising) the Baltic states, with whose independence and Western integration Russia has never fully come to terms. Also, marginalisation of Central European states, including Poland.

Russia is aware of its weaknesses, the inefficiency of its resource-based economic system and its lasting financial and technological dependence on the West. Yet it believes that the decline of US leadership and the economic and political crisis in the European Union (combined with the rising hegemony of Germany) open a window of opportunity for at least partial attainment of its ambitions.

It is in Russia’s interest to threaten the West with uncontrolled escalation of the conflict in Ukraine and a gas crisis, and with the possibility that Russia could spread instability to the Baltic states (Lithuania, Latvia and Estonia). That is why one should expect various provocations there, including both incidents at borders and incidents involving the Russian minority.

In the strategic perspective, the threatening atmosphere hanging over the Baltic states will contribute to a slow erosion of trust within NATO and the UE. Russia could be tempted to destabilise the Baltic states, mainly as a way to destroy the United States’ system of alliances (with catastrophic consequences for the credibility of the US globally), and also as a way to undermine the pillars of European integration (the Baltics’ membership in the Eurozone and the Schengen area).

We should be prepared for actions below the threshold of a traditional war, because by openly targeting NATO and the EU, Russia would risk a firm response from the West. Meanwhile, it is too weak for a new cold war. Such a conflict is not in Russia’s interest as it would lead to further consolidation of the Western governments in their opposition to Russian policy, making the West tougher, more assertive, which would eventually reveal the weakness of Russia in all fields, incl. the economy. Putin threatens us with a cold war in order to achieve the exact opposite. He wants a divided and submissive West that wants to avoid confrontation and accepts Russia’s interests in the post-Soviet space for the sake of peace and stability.

Thus, Russia’s power stems from its determination to reach its objectives. It is not true that Putin has “lost his mind”, as Angela Merkel said after one meeting. Putin has been working hard to present himself as unpredictable, in order to extract concessions from the West. He believes that Ukraine, Moldova and Azerbaijan are of peripheral significance for the West. Thus, what is at hand is great bluff, but so far it has been successful.