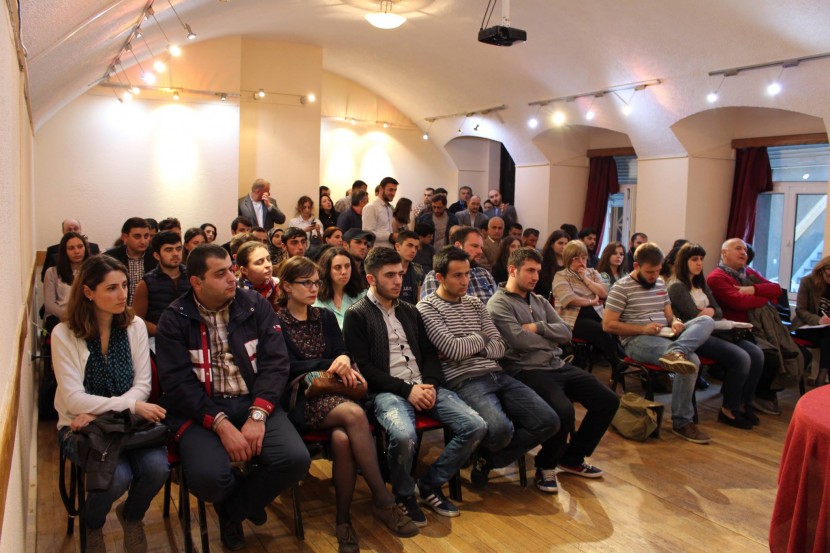 Salafism in Georgia and World: Theological and Political Aspects

the public discussion on topic “Salafism in Georgia and World: Theological and Political Aspects” was held in Caucasian House.

Meeting incorporated several topics, including Muslim community in Georgia and Islam, in particular, one of its movements called Salafi. This topic is not new for Caucasian House, as the organization has worked on this issue from different standpoints. This year Caucasian House has conducted a research on Islamic community and state policy toward its integration, which will be published soon.

During the discussion, reporters spoke about the history of Salafi movement, the aspects of its consistent formation, religious, social and political activism of Salafi movement in Caucasus and current condition in Pankisi gorge.

Giorgi Sanikidze, the professor at Ilia State University, made opening remarks on topic: the history of Salafi movemen

t and the aspects of its consistent formation. Giorgi Sanikidze also talked about main Islamic schools and branches, distinctive theological signs of Salafi school and reasons of its transformation into the political movement.

Gela Khmaladze, the invited researcher at Caucasian House delivered a speech about Salafi movement in North Caucasus, the reasons of the popularization of Salafi movement, Islam’s reaction to pressure from the Russian government and social and political activism.

The Imam of Salafi Mosque in Pankisi, Vakhtang Pareulidze talked about the current condition in Pankisi gorge and state policy towards the Salafi population of the gorge. Imam also referred to distinctive theological aspects of Salafi movement and underlined the basic differences between Salafi and Wahhabi movements. Vakhtang Pareulidze also emphasized the Islam’s role in the stabilization process at Pankisi gorge.

Representatives of state agencies, local and international non-governmental organizations, universities, embassies and experts expressed their views during the discussion