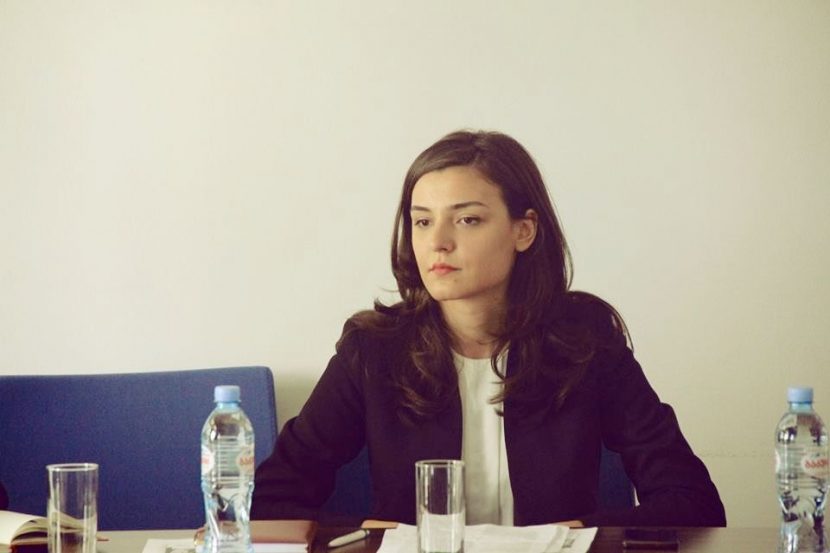 The role of EU’s conditionality in Georgia’s Europeanisation

Introduction
Just recently Georgia, a country situated in the heart of the South Caucasus, celebrated the 100th anniversary of the declaration of the first Democratic Republic of Georgia. During these 100 years Georgia has spent seven decades under Soviet Regime and regained independence in 1991. That year marked not only the beginning of the era of a sovereign and independent state of Georgia, but also the start of turbulent and challenging times for a country going through the demanding process of transition.

On a rocky way of rebuilding its democratic institutions and market-based economy and at the same time struggling to deal with territorial conflicts and security challenges, Georgia’s foreign policy choices became closely interconnected with its internal reform agenda. EU-Georgian relations in the early 90s were characterized as more low-key. At that time European Union did not have an ambitious plan regarding Georgia and engaged with the country in a regional perspective rather than as important individual partner. Only in the early 2000s following the Rose revolution in Georgia, the EU started to reconsider its relations and included countries of South Caucasus in the European Neighborhood Policy (ENP). Later Georgia joined the EU’s Eastern Partnership (EaP) initiative in 2009 and has achieved some important landmarks such as signing the Association Agreement with its Deep and Comprehensive Free Trade Agreement, as well as visa-free travel to the Schengen area in 2017. Georgia has being implementing numerous reforms in order to achieve an ambitious level of European integration.

The EU has been applying conditionality, as a tool to push country towards implementing reforms. However, Georgia might be an exception, as the conditionality or so-called “more-for-more” principle has been criticized for failing to achieve tangible and sustainable results in EU’s neighborhood. In Georgia’s case country is willing to consistently push for further integration, asking for more cooperation and offers from Brussels Institutions. However, the Eastern Partnership’s Brussels summit in 2017 showed again that most of the EU member states are not ready to give the most advanced country of the EaP the membership perspective which leaves questions regarding how EU can continue applying the conditionality even in its success stories.

This paper intends to analyze to what extent the EU’s conditionality has succeeded in Georgia’s transformation into democratic state, arguing that Georgia stands out as one of the successful cases of EU’s conditionality policy, however as EU membership perspective is still not at the table, conditionality faces some major limitations in the long run.

EU’s Conditionality and its Eastern Neighborhood
EU’s enlargement policy is one of the major examples of successful soft power projection in the world. With setting a model of democracy, governance and market-based economy, the EU has been attracting countries in transition for decades. By setting conditions to be met in order to become member of the club, the EU has been exporting its norms and values beyond its borders. Conditionality has been used by the EU as a “reward” policy. “Under this strategy, the EU pays the reward if the target government complies with the conditions and withholds the reward if it fails to comply.”[1]

As Frank Schimmelfennig argues, in order for conditionality to be the most successful, pre-conditions should be the most accurate and clear for the second party. However, he adds, the rewards should also be clearly determined alongside with other factors like the “adoption costs” and potential influence of other players involved.[2] When it comes to the EU’s accession policy, these factors seem to be clear from the very beginning for most of the countries that are willing to undergo long and costly process of reforms and negotiations. However, when the EU has decided to develop a neighborhood policy, often compared to the accession policy, most of these factors were missing.

By launching the ENP and later the Eastern Partnership, the EU has started actively using the same strategy of conditionality. Within the ENP the EU has been offering three main incentives: “Money, Market and Mobility”. [3] Later, with EaP these three main incentives have become more ambitious by setting clearer goal for the participant countries, willing to go further in European integration. EaP has offered Armenia, Azerbaijan, Belarus, Georgia, Moldova and Ukraine a framework for cooperation, (both bilateral and multilateral), with the aim to advance in the field of democracy, economy, energy, etc. Also, the EU offered countries with interest in more ambitious bilateral partnerships the Association Agreement and Visa liberalization.

The EU has been often criticized for failing to implement “more-for-more” principle in practice and it has been characterized as selective. Countries of Eastern Partnership can serve as good examples for it. Azerbaijan has been under tough criticism from the EU and particularly, the European Parliament for human rights situation in the country. The EP’s critical resolution[4] in 2015 had caused deterioration of EU-Azerbaijan relations. However, recently both parties have shown will and interest in resuming relations. Active talks regarding a new agreement are currently ongoing. The fact that Azerbaijan has significant energy resources and has an important potential to play a role in diversifying the EU’s energy sources, has been stronger than EU’s “more-for-more” principle. On the other hand, conditionality has been criticized for being less flexible. Therefore, EU trying to maintain relations with Azerbaijan, despite the latter being less willing towards importing EU’s norms and rules, can be seen as a positive development in terms of increasing EU’s role in the region.

EU’s conditionality approach has been different towards Georgia. The latter has been praised for being the frontrunner of the Eastern Partnership for the recent years.[5] Georgia’s case is interesting to observe, as nowadays it might be the only case in the EaP where EU so far has achieved some success stories without major setbacks.

Georgia – transitioning while deepening European integration
Georgia’s road in achieving considerably high level of integration with the EU has not been easy. Reforms undertaken have been directly linked to country’s efforts to transition itself from the failing state of 90s to the up-and-coming democracy of the region. In Georgia’s case the EU’s conditionality principle has played an important role, however, for Georgia these reforms not only represent the way towards the EU but most importantly they represent the way towards better future. On the way of Europeanization Georgia has achieved two major success stories: signing the Association Agreement and receiving the Visa Liberalization.

The Association Agreement between the EU and Georgia was signed on 27 of June, 2014. The Agreement is very ambitious; it covers not only democracy, rule of law, human rights – as essential aspects, but also includes chapters on foreign and security policy. What makes the agreement economically important, is that the Deep and Comprehensive Free Trade Agreement (DCFTA) part enables Georgia to reach very high level of economic integration with the EU. Based on the agreement parties agree on creating Association Agenda with short-term priorities which then serves as a basis document for Georgian government to create annual action plan for implementation of the AA. Therefore, by offering the AA to Georgia the EU has created powerful tool, Georgia now has well-defined technical benchmarks for approximation with the EU acquis communautaire. Implementation of the Association Agreement requires significant commitment from Georgia and considerable administrative and financial resources.

Visa liberalization is another successful case of EU-Georgia’s relations. Visa Facilitation agreement between EU and Georgia entered into force in 2011, setting a lower visa fee for Georgian citizens and facilitating the visa application procedures. Later in 2012 the EU started visa liberalization dialogue with Georgia, with the aim “to examine all the relevant conditions for visa-free travel to the EU for Georgian citizens.”[6] Since then four progress reports have been released by the European Commission, assessing the implementation of the Action Plan on Visa Liberalization (VLAP) by the Georgian government. The VLAP outlined the concrete benchmarks for Georgia to achieve, including document security, integrated border management, asylum, public security, fight against corruption, etc. In March 2017 the Council decided to grant Georgia visa-free travel to the Schengen Area. Alongside with success of EU conditionality with visa liberalization case, it needs to be mentioned that EU also has so-called “negative conditionality”, meaning that in case of abuse of visa-free travel, EU reserves right to suspend no-visa regime and apply the Visa Suspension Mechanism.

Regardless of these successes, Georgia still faces significant democratic, social and economic challenges. Georgia needs to address shortcomings regarding independence of judiciary system and rule of law. Country also needs to focus on building sustainable economic growth and diversification of its economy. Also, unresolved conflicts and Russian factor remain one of the biggest challenges for Georgia’s security.

“More-for More”: or what’s next for Georgia?
As mentioned previously, successful cases of EU’s conditionality policy have one main characteristic in common: the clear and defined end-goal. Conditionality will be the most effective if the reward is certain, among other factors.[7] Georgian government should focus on implementation of the AA in the near future, but it is not clear what should be Georgia’s next destination in terms of European integration. In 2017 at the EaP Summit in Brussels the EU unveiled the working plan for the EaP countries, 20 deliverables for 2020[8]. The document outlines different deliverables to be achieved by 2020, including reducing roaming tariffs and harmonization of digital markets. While this road-map can be seen as an effort from the EU to create a concrete vision for the EaP, initiatives unveiled in the document do not represent long-term strong incentives for a country whose ambitious is to become member of the EU.

Receiving European perspective would be a very strong message for Georgia, as it would boost country’s efforts in implementing various reforms while also giving them a basis to apply for a candidate status in future. With the candidate status Georgia could receive substantially more financial and political support from EU to implement reforms. The next Eastern Partnership summit should bring the new impetus for the EaP and to the most advanced countries a clear sign of the commitment to differentiation and “more for more” principle from the EU’s side.

While Georgia needs to focus on the successful implementation of the Association Agreement, the EU needs to elaborate an ambitious plan for Georgia, as the latter represents one of the few successful stories of EU’s soft power and its conditionality, among the neighborhood policy participants. Public support towards the European integration remains high and stable in Georgia throughout years, however this does not mean that it may not be changed in the long-run. Not having the end-goal may result in not only public frustration but also in slowing down reform process in Georgia.

The article was written in the frames of the project “Black Sea – Eastern Europe Dialogue – Youth for Sustainable Peace” funded by The Robert Bosch Stiftung (RBSG) and the Black Sea Trust for Regional Cooperation of The German Marshall Fund of the United States (BST). The content of this article is the sole responsibility of the author and can under no circumstances be regarded as reflecting the position of Caucasian House, Center for European Neighborhood Studies, RBSG and BST.

Communication from the Commission to the European Parliament and the Council, Eastern Partnership, Brussels, 3.12.2008 , COM(2008) 823 final.

[5] “EU Relations with Georgia”, available at: http://www.consilium.europa.eu/en/policies/eastern-partnership/georgia/ , accessed 30 of May, 2018.