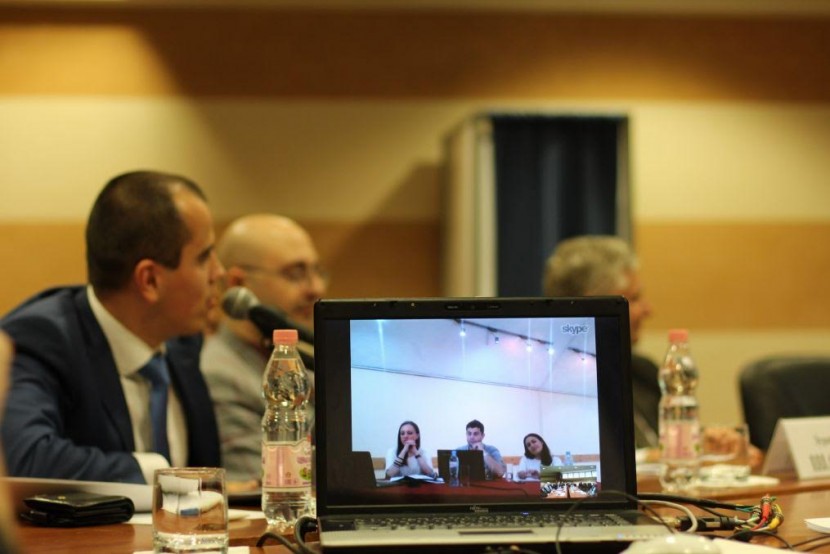 On April 15, on the initiative of Moscow State Institute of International Relations (MGIMO) alongside Caucasian House organized a conference on the Georgian-Russian relations.

During the conference, Georgian and Russian analysts discussed current tendencies and possible scenarios of development of Georgian-Russian relations.

From Georgian side the first report was delivered by Giorgi Gobronidze, the invited lecturer at Georgian-American University. The report covered the topic on Challenges of International Terrorism in Georgia. The speaker described in detail the overall situation in the country and based on examples of other countries’ experience explained why Georgia does not represent the foreground target for international terrorism.

Maia Urushadze, the project manager at Caucasian House, presented a detailed report “State Policy of Georgia toward Muslim Community on the example of Pankisi Gorge”, which was based on the results of the research, conducted by the staff of Caucasian House. The speaker focused on the problems of Pankisi gorge and analyzed the state policy implemented in this direction. Moreover during the discussions, the author underlined the negative role of media coverage of events as well as the attempts of international actors to have a negative impact on the region.

The last speaker from Georgia was Mariam Gachechiladze, the researcher at Caucasian House, who covered the topic “Georgian Diaspora in Russia and Georgian-Russian Relations”. The reporter analyzed the activities of Georgian diasporic organizations from 2004 until 2012, based on main tendencies and on the results of research.

The following Russian counterparts took part in the discussion: director of the Department for Problems of Ethnic Relations at the Institute for Political and Military Analysis Sergey Markedonov with a report “Russia-Georgia: The Limits of Normalization or Normalization without Passing “Red Lines” and Nikolai Silaev, Senior Research Advisor at Center for the Regional Security and Caucasus Studies at MGIMO University, presented a report on scenarios of the development of Georgian political system after parliamentary elections 2016. The last two speakers from Russian side were: Andrei Diogtiov, the graduate student of MGIMO University in Comparative Politics with a report on Georgia’s Economy in the Space Regional Powers’ Contradictions and a member of the Georgian club of MGIMO University Zurab Shavlidze, who during his speech covered the topic on “Formats of Interaction between Russia and Georgia in the Absence of Diplomatic Relations.”

After the presentations, students of MGIMO and invited representatives of Georgian diaspora had an opportunity to ask questions and express their opinion.

The videoconference was organized by the Students’ Scientific Club of MGIMO University, supported by Aleksey Tokarev, analyst of the Global Problems Study Center at MGIMO University.