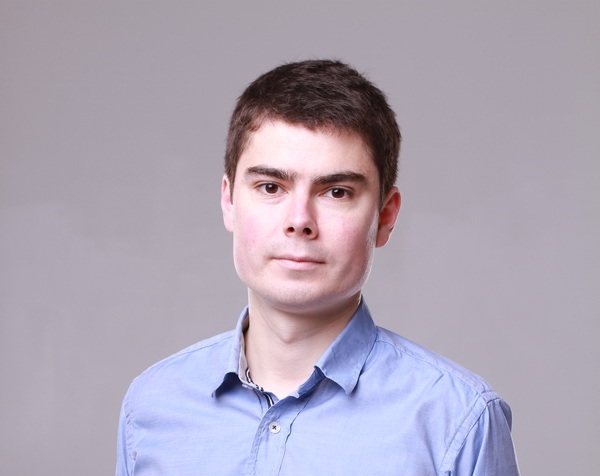 Will Ukraine have a new quality of police after the reform?

The article was written within the project Ukraine – Out of the Crisis Through Dialogue, implemented by Caucasian House and Institute of World Policy (Ukraine).

The project is funded by the FCO/DFID/MOD Conflict Pool through the British Embassy in Ukraine.

The impunity of law enforcement officers and their service as protectors of the government and not the rule of law were two of the main reasons why mass protests transformed into a full-scale revolution in winter 2013-2014. Since February 2014, the system has not changed, and people guilty of crimes against the Maidan and separatism instigation have not been punished. Subsequent changes have been limited to the naming of a new Minister of Interior, the abolishment of the “Berkut” special task force unit, the rebranding of internal troops in the National Guard and the inclusion of volunteer battalions into the Ministry of Interior (MOI) structure. The fact that the position of the Minister of Interior became a major point of contention in the process of parliamentary coalition formation demonstrates politicians’ desire to continue using the ministry to serve their own interests.

Zorian Shkiriak, advisor to the Minister of Interior, claimed that as of November 2014, 20,000 employees were fired from MOI. Out of them, 4,000 were fired due to breaking the oath or not meeting criteria for law enforcement officer. Nevertheless, the average number of law enforcement officers in Ukraine remains one of the highest in the world – 376 per 100,000 people. This ratio supersedes respective indices in some European countries by up to four times.

Significantly, it is complicated to check these figures as government officials avoid stating them plainly and often speculate with numbers, in some cases indicating overall staff of the Ministry, in others – just officers.

In July 2012 one of most influential Ukrainian papers “Dzerkalo tyzhnya” (Weekly mirror) published an article by Mykola Khavroniuk, who claimed that there were 357,700 employees in Ministry of Interior. In late March 2014, the government suggested a cut in MOI employee numbers (from 324,400 to 245,000 people, or a decrease of 24%). Recently Arsen Avakov, Minister of the Interior, mentioned a bit different figures saying that as of February 2014 there were 197,000 police officers, as of beginning of December – 178 thousand. He promised that by the end of the year the figure will decrease down to 172,000, in 2015 – down to 162-150,000.

The government tried to win some time in police reform, having organized a pilot project in Lviv lasting from July 1 to October 31, 2014. The project foresaw the audit of the Chief Regional Administration of MOI and the re-attestation of 7,000 officers. Patrol units and the State Motor Vehicle Inspectorate were to be merged into traffic police, and security services were to be transmitted to security agencies.

While summing up the project results, even government officials recognized their insufficiency. A major problem about the pilot project was that the experiment was held under current laws on police and did not foresee any institutional changes.

So far, the EU assistance has not brought forth any specific results either. On July 22, 2014, the EU Council established an Advisory Mission for Civilian Security Sector Reform Ukraine (EUAM Ukraine), which started its work on December 1, 2014.

The only actual output for the period was a concept of MOI reform, elaborated in cooperation with a public expert council headed by Yevhen Zakharov and presented by Arsen Avakov a month before the parliamentary elections. Later on, this document was used in the preparation of the coalition agreement.

According to the concept, the structure of MOI will include police, the National Guard, the State Migration Service, the State Border Service and the State Emergency Service. The Directorate for Combating Organized Crimes will be transferred to the Security Service of Ukraine, and the Department for Combating Economic Crimes will be moved to the State Fiscal Service. Veterinary police, transport police and police for juvenile affairs will be eliminated. Although MOI demilitarization is declared to be one of the reform principles, the National Guard and the Border Service, which currently supervise border troops, remain powerful paramilitary units within the Ministry.

A positive suggestion is a separation of political and administrative positions at the Ministry-level. The Minister will carry out political functions, while the heads of departments are professional employees in their respective fields. Currently, when the Minister is changed, all the vertical of command down to district units undergoes changes. This trend significantly affects the efficiency of the system and its professionalism.

The State Motor Vehicle Inspectorate and the patrol service will merge into traffic police, which will no longer deal with the issue of driving licenses and vehicle registration. These bodies have previously been some of the most corrupted spheres of activity. In order to reduce the level of corruption, it is also suggested that the government promotes technical means of traffic control and introduces electronic record keeping.

The establishment of municipal police and its dual subordination to the Ministry of Interior and local authorities is a counterproductive initiative. It is instead suggested that municipal police will deal exclusively with public order.

According to the concept authors, MOI reform may last up to eight years. Zorian Shkiriak claimed that police reform in Ukraine will not be as radical as in Georgia, where 90% of employees were sacked at once.

MOI reform in Georgia started with the liquidation of the State Motor Vehicle Inspectorate, where instead of 16,000 officers, 3,000 were hired. Recruitment was held by a commission, which consisted of famous journalists and civil activists. As a result, society trusted the selection results. The necessary requirements for the new employees were good physical shape, higher education and an under-35 age limit.

A major shortcoming of such an approach was that the choice was often based on subjective perception. Though many candidates resigned after a while, in several selection rounds the commission managed to find several thousands of reliable employees. As patrol officers need to know two to three laws in their work, two to three weeks were enough to train them. General Inspection tested new employees by offering them bribes. Later on, verified traffic police officers were transferred to other MOI structures, which allowed the reset of the whole system.

Radical changes in the State Motor Vehicle Inspectorate became a symbol that the Georgian government wanted to hold real rather than superficial reforms. MOI changes decreased crime rates, and citizens’ trust in police became so high that it might be compared to their trust in the church.

Taking into account the current low trust in law enforcement bodies, what Ukraine needs is a radical MOI reform based on a drastic decrease in police numbers, an increased involvement of employees of a better quality, which will become the core of a reformed ministry, the prevention of political influence on the ministry, its demilitarization and a stronger control over its activities. This new control may be ensured either through setting an independent body with broad authorities, which will deal with corruption and office abuse, or through public accountability of police both at national and local levels (some experts even suggest local police heads be elected by the community).

Significantly, Georgians will play an important role in the implementation of MOI reform in Ukraine. For instance, Eka Zguladze, Deputy Minister of Interior, is the most active in the reform promotion and is responsible for the formation of a new patrol police in Ukraine.

At the same time, Ukrainian officials promise that they will take into consideration some shortcomings of Georgian reforms. First and foremost, they will try to implement the reform in a smoother and more sustainable way. Whereas in Georgia, State Motor Vehicle Inspectorate disbanded with one government decision and training of new patrol officers took only few weeks, in Ukraine training will last for three months and State Motor Vehicle Inspectorate will disband only after professional human resources for patrol police are ready. Besides, at first these changes will cover only Kyiv, rather than the territory of the whole country as it was the case with Georgia.

According to Eka Zguladze, the formation of patrol police in Kyiv will have several stages. Until February 6, 2015, candidates were to apply for the competition. Following the results of general skills and psychological profile assessment, selected people will go through a three-month training. The USA will support Ukraine financially in the implementation of this reform. Once 3,000 new police officers complete training (June 2015), Kyiv State Motor Vehicle Inspectorate will disband and patrol police will start working. Public attention to MOI reform resulted in 33,220 people having applied for the competition. Two thirds of them are university graduates.

What makes Georgian “legionaries” in Ukrainian government different from Ukrainian officials is the ability of Georgians to efficiently “sell” their ideas, and to do “proper marketing” for respective reforms. Large number of applicants for Kyiv patrol police competition is explained not only by extreme willingness of Ukrainian lay people to change the situation in the country, but also by active presence of Eka Zguladze in media (through TV shows, newspaper articles, interviews, etc).

Effective communication with the public is one of the prerequisites for successful reform implementation. People should understand what to expect from the government initiatives, what it will cost and how it will influence their lives. The government officials should also be frank when something goes wrong and be flexible to adjusting the reform design to current situation in the country (including, but not limited to lack of financing, risk of hostilities, need to speed up the training process).

Having initiated selection for Kyiv patrol police and launching respective training, Ministry of Interior has won some time as society is ready to wait till professional policemen are prepared. However, if in June 2015 it does not bring any tangible changes and it is perceived as another PR-trick, Ukrainians may get totally disillusioned with the government.

The deliberate evasion of radical steps in police reform will result in citizens losing faith in politicians’ seriousness about changes in the country. Police will continue ensuring the rule of power, but not the rule of law, while a lack of punishment for crimes will foster a sense of impunity among police officers.

The views expressed in this publication are those of the author and may not coincide with the official position of the UK Government.