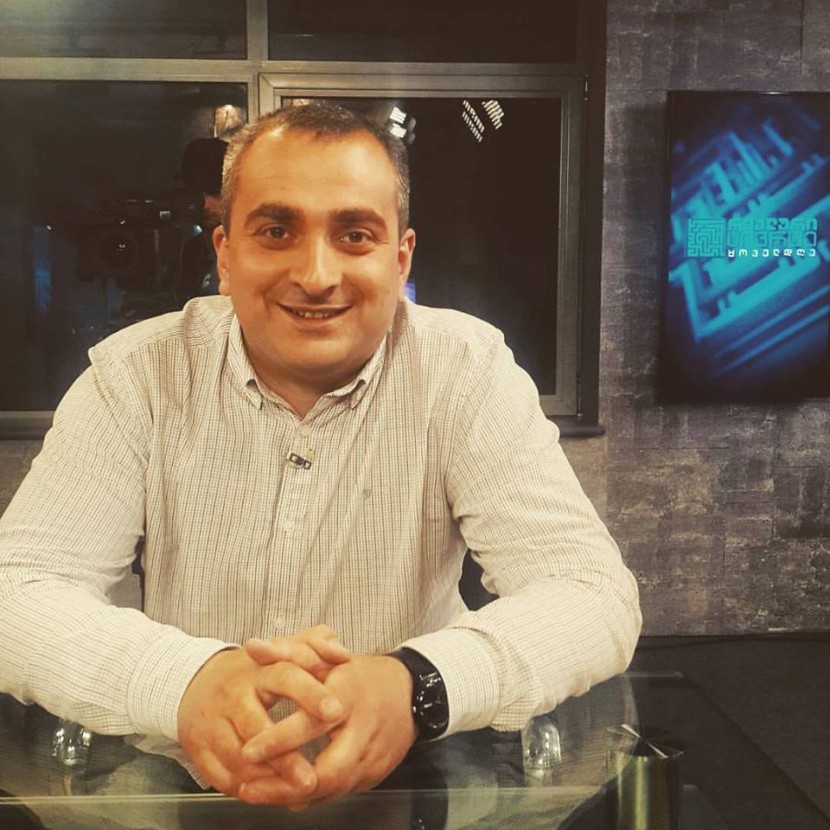 Year 2016 in Georgian-Abkhazian relations went by without major turning points, stirs, and tensions. Both societies continue to exist independently from each other and live in their own problems. Georgia tries to integrate into the European Union, while the Abkhazian government often visits Moscow, tries to strengthen close ties and active cooperation with it in various spheres. The subject of conflict resolution conceded the foreground positions in the society. Socio-economic problems deservedly returned their precedence.

The referendum in Abkhazia took place in a peaceful environment, demonstrations of the opposition did not escalate. October elections in Georgia were conducted without excesses. In pre-election programmes of political parties conflicts went into the background. Political establishment realized the long-term perspective of conflict regulation, and out of those three parties that got into the Parliament, none mention in their programmes that they plan to regulate conflicts in the short-term perspective. Together with the change of the war rhetorics, programmes of all three parties reflect more support to integration policy and creating attractive environment for Abkhazia.

The established reality absolutely does not mean an era of stagnation, on the contrary, a lot has happened during the 12 months of the last year.

The post of minister was left by Paata Zakareishvili who often found himself in the center of society attention for his statements. In 2015 he voiced an opinion regarding the federative arrangement of the country and mentioned that «Abkhazia has not been in the composition of independent Georgia and the only experience of living in one state that we remember is the Soviet Union».[1] This opinion was followed by acute criticism. During his time as the minister he managed to bring the subject of  conflicts to the foreground and not be condemned to oblivion.

After Zakareishvili left, the post of minister is taken by his deputy Ketevan Tsikhelashvili. For a number of years she has been successfully working in the non-governmental sector. During her time as the first deputy, she supervised the Geneva negotiations on behalf of the ministry and, naturally, has competence in this direction. However with this step the state secured itself and prevented several issues: as it was already mentioned, Zakareishvili was prominent for the acuteness of his statements, in 2016 he announced in live broadcast that he had written a new concept regarding conflict regulation. What happened to or where this concept is now remained unknown to the public. Due to his statements the entire «Georgian Dream» often had to answer acute questions. Keti  Tsikhelashvili is always moderate and devoid of scandals that preceded the former minister. She is not a member of a political party. Her statements are not characterized by radical views, main accent is on international cooperation and organizations.

Zakareishvili was possibly not the most successful minister, however with his leave the efficiency of the reconciliation institution has perceptibly reduced. Due to its modest budget and scanty human resources, this institution often depends on the minister’s political weight and views. And with this change, we may assume, that Geneva negotiations gained priority for the state. This is confirmed by appointment of Petre Kankava as the first deputy, who has no experience of working on Georgian conflicts and making political decisions. By 2017 we receive a picture where practically two ministries fully concentrate on Geneva negotiations.

On March 10, as a result of direct negotiations and agreement, exchange of prisoners took place on Enguri bridge.[1] Information agencies disseminated mutually exclusive information, the main subject of interest was whether the Georgian side would release Malkhaz Kolbaia aka Kochoia accused of terrorism, which was finally ruled out. Overall, fourteen Georgian citizens were released. However one prisoner refused to return to Georgia and voluntarily remained imprisoned. Four persons left Georgian penitentiary institutions, three of them were accused of organizing 2005 Gori terrorist act, while one was sentenced for kidnapping. Prisoner exchange took place both on Enguri bridge and in Ergneti.

This event was also very important for the Ossetian side. Leonid Tibilov publicly thanked Raul Khajimba for his share in this process.[2] Minister of foreign affairs de facto of Abkhazia Vyacheslav Chirikba mentioned that this process was the result of Geneva negotiations, as everything started there.[3] It must also be mentioned that the Abkhazian side did not receive any prisoners in this exchange. According to Paata Zakareishvili, it was important in the state interests to release citizens from illegal imprisonment at any cost, for which the government of Georgia had to do everything.[4]

This event cannot be evaluated as solely a humanitarian act. This was also a demonstration of the fact that the sides of the conflict managed to reach agreement on an issue important for them and regulate a problem. If we take into account the duration of the process, it was preceded by intensive and quite tense work.

Exchange of prisoners is the most successful event of 2016, however unfortunately, it remained in mass media limelight for a short time and was soon forgotten.

Against the success of the prisoner exchange, a negative event in the 2016 Georgian-Abkhazian relations was the murder of a young Georgian man. On May 19, 31 year old Giga Otkhozoria was treacherously killed in the village of Khurcha. The village of Khurcha is a settlement near the division line which is considered a territory controlled by Georgians, however this event proved that movement of citizens here is still dangerous and the government has no power to provide safety of movement for the population.

Georgian government was quite moderate but principled in its statements. This tragic event was not used for speculation and collecting political dividends. Government did not follow the example of media who soon began to manipulate with this tragedy.[1]

On May 27, a meeting was conducted in Gali within the Mechanism for incident prevention and reaction, where the main topic was the murder in Khurcha. During another meeting, on July 6, service of state safety of Georgia provided additional materials to the Abkhazian side for investigation. A Georgian MP Eliso Chapidze demanded that the murderer be handed over to the Georgian side.[2] On this wish of Chapidze, Paata Zakareishvili stated that nobody had the illusion that the accused would be handed over to the Georgian side.[3] Representative of the Prime Minister of Georgia in Georgian-Russian relations Zurab Abashidze raised the issue of Otkhozoria’s murder during the meeting with Grigori Karasin[4], however the latter did not find Russia’s responsibility in the tragedy.[5] This subject also became one of the main discussed issues during Gali meetings, however no qualitative results of any kind were achieved. It is true that the Abkhazian side recognizes the murder and talks about its provocative motives. Abkhazian side could not give an adequate answer to this cruel murder and only sentenced the accused to domestic arrest. Zugdidi city court however sentenced the Abkhazian to 12 years of prison in absentia.[6]

Geneva negotiations remain the main and only platform for Abkhazian-Georgian political relations. This process has been on after 2008 and notwithstanding skeptical statements, still remains an acceptable format for all sides. This format is not devoid of prolongation in time and routine like negotiations of similar type. It will be a complete dilettantism to name Geneva negotiations as the main means of conflict resolution.

Restoration of Gali meetings must be considered the main success of the 35th round of Geneva negotiations.[1] All sides are satisfied with this step. During highlight of Gali meetings in Abkhazia, media wrote that they took place in peaceful and constructive environment.[2] Bringing this mechanism in action is important for conflict regulation, such format gives the possibility to resolve important issues on the local level.

In 2017 the existing political elite and conditions do not give the basis to expect anything special regarding conflicts.

With great probability, one of the important subjects of 2017 will be changes in the law on occupied territories. Parliament discussions take place in heated arguments, quite strong political manipulation will occur – with great probability, any amendment in the law oriented on liberalization will be perceived by various political parties as treachery against the country. It is difficult to make preliminary conclusions which specific parts of the law will be affected by changes, however in the long run law liberalization will have positive effect on bringing conflicted sides together.

In Abkhazia, parliament elections are planned for March 12. This was preceded by amendments in the election code, from now on political parties will be able to present candidates in all 35 constituencies, instead of one third of them as previously. No qualitative or content changes on Georgian-Abkhazian relations are expected from this process and its results. The coalition in the government, which is united around Raul Khajimba, will have to mobilize powers to receive majority in the elections. There are mainly former officials and active politicians on the scene, that’s why qualitative changes regarding Georgia are not to be expected in these elections.

In 2016 the problem of power supply was often discussed in Abkhazia, becoming more and more acute every year. Volume of power consumption in  Abkhazia grew, capacity of Enguri HPS does not satisfy the demand, in 2017 this problem will become even deeper. According to the statement of chief Abkhazian power specialist Aslan Basaria, Abkhazian government will try to solve this issue with its strategic partner, Russia, however he added that in return for power inflow Abkhazia will have to pay money.[1]

If during many years the main challenge for Abkhazia was relations with Georgia and receiving its recognition, after 2008 these approaches changed and in 2016 it was unambiguously revealed that the main external problem for Abkhazia is not receiving recognition from Georgia but deepening and regulating relations with Russia. Active indirect communication of Abkhazia as a «state» with Turkey makes its recognition by Georgia even less significant.

Population of Gali district remains to be a problem for Abkhazia, passport system of the population and their legal status on the territory of Abkhazia remains unregulated.[2] There is no political project as to what to do with ethnic Georgians who live there. Abkhazian society is not ready for their integration, while Gali population has a quite well-formed Georgian national identity and perceive themselves as a part of Georgia.

In 2017 the main question remains answered – if one fine day Russian army and military bases leave, what political and economical projects does Georgia offer to Abkhazians.

[1] Paata Zakareishvili – Abkhazia has not been in the composition of independent Georgia. See http://www.interpressnews.ge/ge/politika/356225-paata-zaqareishvili-afkhazethi-damoukidebeli-saqarthvelos-shemadgenlobashi-ar-yofila-yovel-shemthkhvevashi-dghevandel-evropul-realobashi.html?ar=A

[4] Chirikba – exchange of prisoners is the result of Geneva negotiations. See http://netgazeti.ge/south_caucasus/100572/

[5] Great Exchange: terrorists for spies and others. See http://www.amerikiskhma.com/a/biggest-prisoner-exchange/3231619.html

[8] Zakareishvili: illusion that the accused of Otkhozoria’s murder will be handed over to us. See HTTP://WWW.TABULA.GE/GE/STORY/109548-ZAQAREISHVILI-ILUZIAA-ROM-OTXOZORIAS-MKVLELOBASHI-BRALDEBULS-GADMOGVCEMEN

[9] Abashidze: I will raise the issue of Otkhozoria’s murderer to Karasin in categoric form. See http://www.tabula.ge/ge/verbatim/109165-abashidze-karasintan-otxozorias-mkvlelis-sakitxs-kategoriul-formebshi-tsamovchri

[10] Abashidze: Karasin considers that Russia has no connection with Otkhozoria’s murder. See http://www.tabula.ge/ge/verbatim/109262-abashidze-karasini-tvlis-rom-rusets-otxozorias-mkvlelobastan-shexeba-ar-aqvs

[13] 38th meeting of the Mechanism for prevention of and reaction on incidents was conducted in Gali. See http://www.apsnypress.info/news/tridtsat-vosmaya-vstrecha-v-ramkakh-mekhanizma-po-predotvrashcheniyu-i-reagirovaniyu-na-intsidenty-p/

[14] Basaria: capacity of Enguri HPS is not enough anymore for power supply of Abkhazia http://sputnik-abkhazia.ru/Abkhazia/20170112/1020219612/basariya-moshhnosti-ingurges-dlya-elektrosnabzheniya-abxazii-uzhe-ne-xvataet.html